Immigrant apprehensions nationwide in fiscal year 2021 broke a historic record, reflective of a change in policies, administration and tensions during a global health crisis. 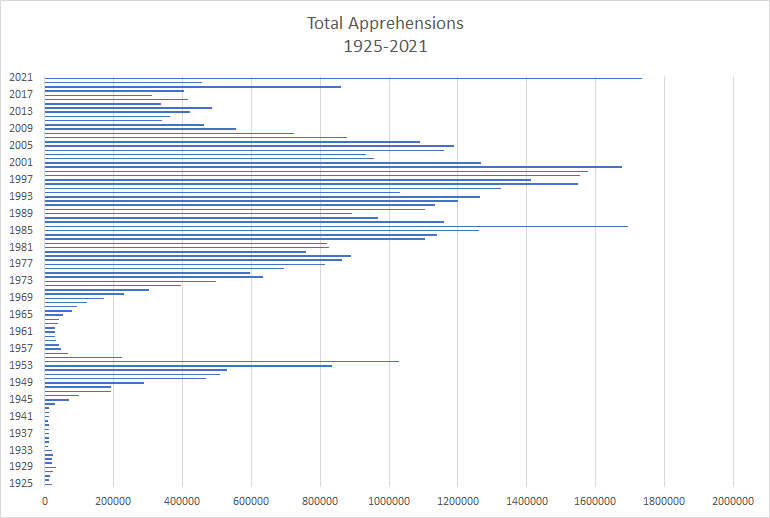 About 95% of all apprehensions were made by Border Patrol with the largest percentage, 33%, recorded in the Rio Grande Valley.

The greatest stress was felt in late August and early July during the peak of migration, in a time when the number of attempted crossings typically decreases.

Border Patrol agents had scrambled across the Valley sector to keep up with reassigned tasks that mostly focused on processing duties to alleviate overcrowded indoor and outdoor holding facilities.

It led sector administration officials to consider leaving checkpoints, among the busiest in the country, unmanned, on July 26, though the proposal was eventually not approved by headquarters officials.

That same day, Border Patrol was struggling to find a place to release immigrants from their custody after the largest immigrant shelter in the Valley reached its holding capacity.

A few days later, on July 31, the Valley sector would reach its own record when it held about 10,000 immigrants in its custody — the highest ever on the sector’s record.

The number of overall apprehensions has decreased since July a trend that kept steady through the end of the fiscal year. 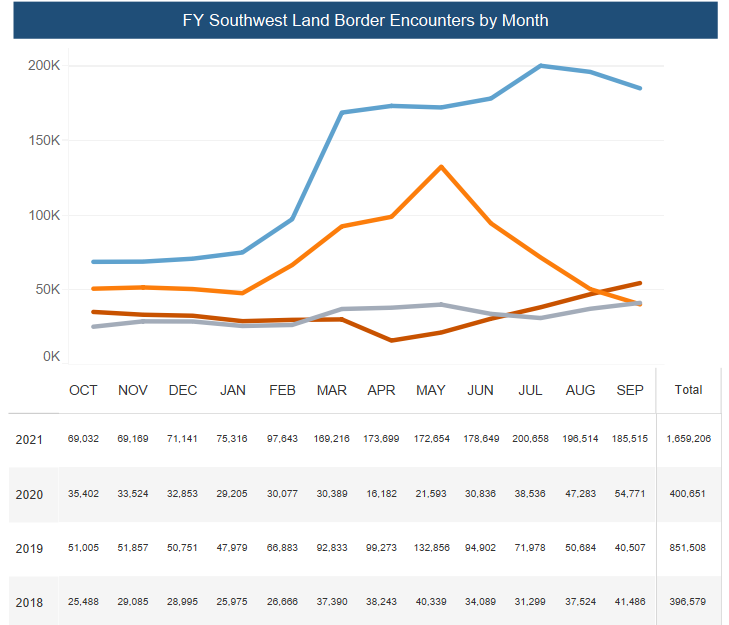 In spite of the record-setting year, the total number of people who attempted to cross is almost one-third lower than the total apprehensions due to the high recidivism rate, a number that considers the attempts one person made throughout the year.

Over the last seven years, the recidivism rate drastically changed from 14% in 2015 down to 7% in 2019. It shot up the next year, 2020, with the introduction of the expulsion policy that sent migrants back to Mexico under a public health policy known as Title 42. About 26% of immigrants tried to cross back into the country that year; slightly more, 27%, tried to enter after expulsion in 2021. 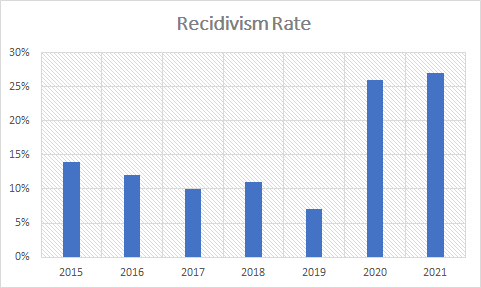 Many of the migrants who made the journey to the U.S. said they were encouraged by the change in presidency and the images of migrants released at the border, as they were in February. The expulsion policy did not apply to children entering the country without their parents.

In March, many parents made the decision to send their children alone, because crossing together would only mean an expulsion back to Mexico. It sparked a crisis, overwhelmed processing spaces, including in the Valley, and led to children crammed into spaces exceeding the 72-hour processing limit.

U.S. policies that send migrants back to Mexico depend on Mexico’s cooperation, which has faltered throughout the year.

At one point, a Mexican federal source told The Monitor the country would stop accepting families, other than Mexican, expelled under Title 42. U.S. officials kept sending families back through the policy, though as the number of people who would be subject to Title 42 expulsions — families, accompanied children and single adults — entering the U.S. had an upward trend, the number of people processed under Title 42 generally declined. 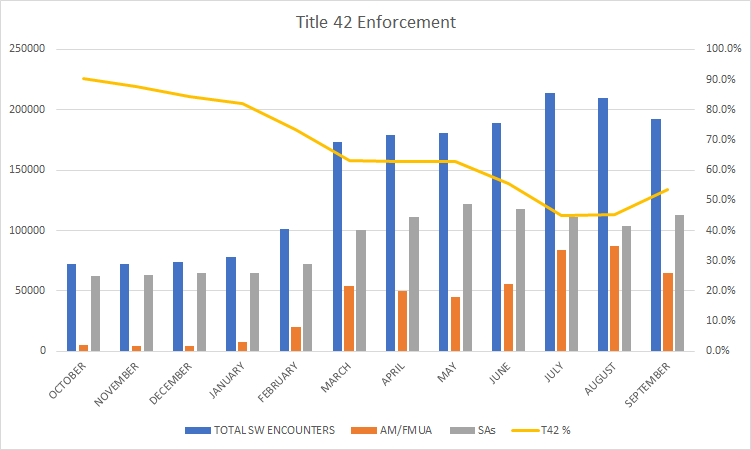 The new fiscal year will bring more change as the Department of Homeland Security prepares to reinstate the Migrant Protection Protocols, also known as MPP or the “Remain in Mexico” policy. Under it, migrants who cross and request asylum in the U.S are sent back to Mexico to wait their immigration court hearings.

Administration officials said on Oct. 14 that they plan to restart the program in mid-November to comply with a federal court order compelling them to do so.

Earlier this year, the Supreme Court found that the administration violated federal law when it ended MPP on Jan. 20, the first day of Joe Biden’s presidency. Under the lower court ruling, the administration was instructed in late August to make a “good faith effort” to restart the program.

They plan to issue a termination memo that would end MPP, though they did not say when.

Legal advocates and non-governmental organization leaders working with the administration believe they have the authority to avoid a second iteration of MPP altogether.

“I do not believe it is true that the government has to wait, you know, for the injunction to be lifted or whatever in order to file that memo,” Charlene D’Cruz, an immigration attorney, said. “It sort of sounds kind of crazy because if there was a legally sufficient memo, then it would make the Texas v. Biden injunction moot.”

Several nongovernmental organization leaders and advocates recently walked out of a meeting with DHS. They oppose helping to reimplement MPP, a program under which migrants living in Mexico have suffered kidnappings, sexual assaults and even death.

On Thursday, the Welcome with Dignity Campaign, which is made up of 90 regional, national and binational organizations held a meeting to discuss their opposition to MPP.

If it is implemented, the administration plans to open the ports of Brownsville and Laredo to process migrants under MPP in November. Advocates fear Mexican violence, as seen over the weekend, will place migrants forced to wait in border towns in danger during the upcoming fiscal year.