A debate over semantics is stewing in Washington, D.C. to describe the immigration changes along the border, including in the Rio Grande Valley, as a “crisis” or “challenge.” But records obtained by The Monitor show increases in apprehensions, processing times and expulsions.

More adults, children and families are encountered by U.S. Border Patrol in this time period than during the same time last year.

Unlike 2019, the overall number of children encountered by Border Patrol agents across the entire border is far greater.

Last year, 15,300 children were apprehended by agents, but that number stands close to 30,000 this year. The rate exceeds previous years, but comes close to 2017 when about 27,600 children crossed into the U.S. and were taken into federal custody by Border Patrol agents. 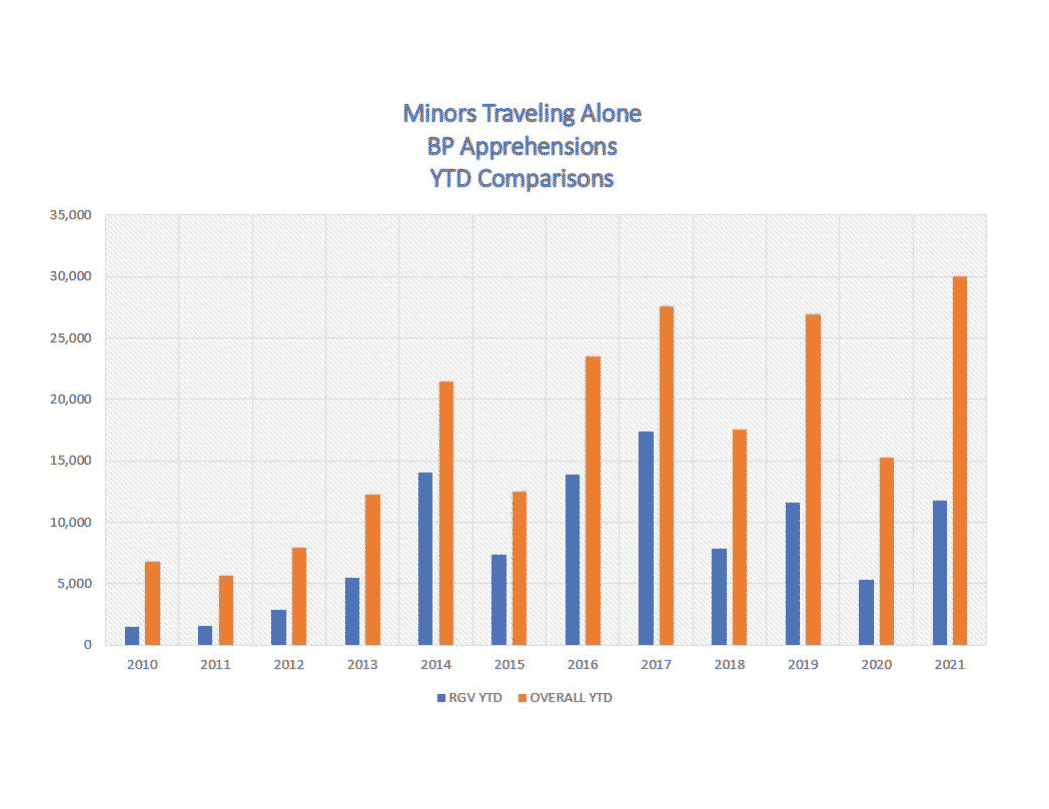 Increases in apprehensions are also reported among single adults and families.

Families crossing across the border only increased by 10%. Not in the Valley.

Last year, about 8,162 people classified as families were apprehended by agents. This year, there’s an increase of 118% with 17,757 families taken into federal custody, so far. 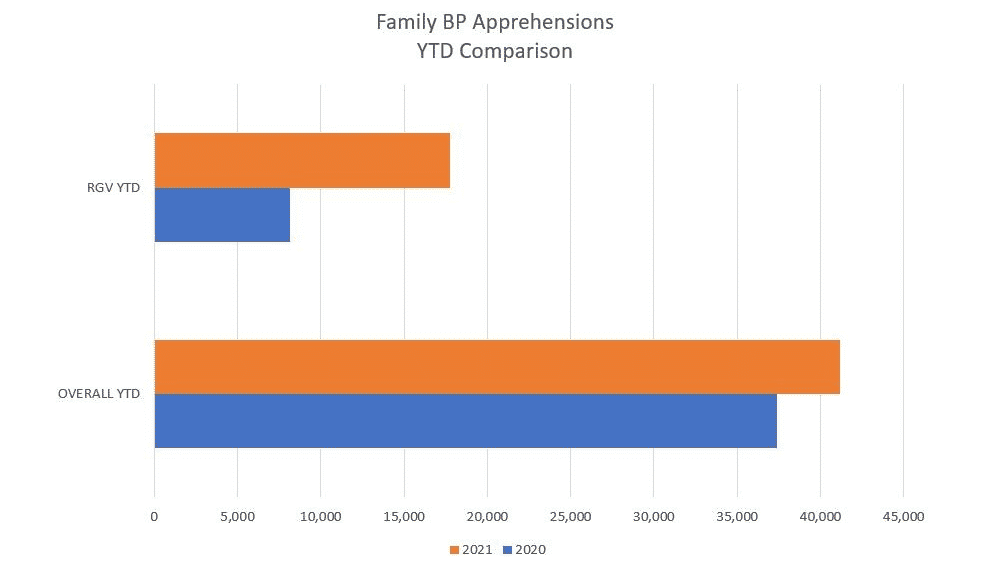 A minority of those families seeking asylum were paroled into the country with a promise to appear before an immigration court at a later date. U.S. Border Patrol began releasing them into the U.S. — a practice that began Jan. 27 in the Valley — but they represent a small portion of those coming into the country.

An order from the Centers for Disease Control and Prevention continues to restrict the introduction of people into the country via a federal code known as Title 42. It allows for the immediate expulsion of people attempting to enter the U.S. without permission.

Over 73,000 people were expelled under that code in the Valley. So far, 7,615 who entered through the Valley were released into the country — the majority were families; only 100 were single adults.

Another 26,730 were apprehended under consideration for release under a different government code, known as Title 8. Under that code, people taken into custody are evaluated on a case-by-case basis for consideration of a custody redetermination pending an immigration hearing.

Holding capacity is being tested in the Valley since the largest processing building, which could hold over 1,000, was closed last year for a year-long renovation project.

A temporary site was created and opened Feb. 9 after the agency noticed the increases.

“Since April, CBP has seen a steady increase of UACs (unaccompanied children) from the Western Hemisphere due to the worsening economic conditions brought on by the COVID-19 pandemic,” read a statement from a CBP spokesperson at the time. “As such, CBP is constructing temporary soft-side facilities in Donna, approximately 20 miles from the RGV CPC, to ensure existing processing capacity remains.”

Typically, agents have 72 hours under law to process migrants and determine whether they will be released or sent to detention under the U.S. Immigration and Customs Enforcement.

Lately, it’s taking longer to get through.

As of Tuesday, U.S. Border Patrol had 4,700 under their custody across the border. About 1,400 were in custody over the 72-hour period, and over 700 exceeded 120 hours in their custody, according to records obtained by The Monitor.

“We are challenged at the border,” Department of Homeland Security Secretary Alejandro Mayorkas said Monday during a White House news conference, after a reporter questioned him whether the current situation at the border would be considered a “crisis.”

“The men and women of the Department of Homeland Security are working around the clock seven days a week to ensure we do not have a crisis at the border, that we manage the challenge, as acute as the challenge is, and they’re not doing it alone.”

The trend appears steadily growing. On Wednesday, Border Patrol registered about 4,500 apprehensions for the day across the border, as per the records shared with The Monitor.

Lady Hawks, Chiefs among winners at 32-6A cross country meet