McALLEN — If Beto O’Rourke proved anything Wednesday, it’s that he’s more than happy to lend a patient ear.

The former congressman was in Hidalgo County less than three days after announcing his candidacy for Texas governor, stopping at the Mercado District in McAllen for a roundtable discussion with local school board trustees, a ranchita in Mission to visit with county officials and doctors, and a bar in downtown McAllen for a rally with some lively supporters.

“I’m here to listen,” he told trustees from Edcouch-Elsa, PSJA and Hidalgo school districts early in the afternoon.

And listen he did, spending the better part of an hour listening to those trustees talk about everything from financial strains at their districts to the challenges educators face in a border community.

He took notes and occasionally asked questions through that discussion and the healthcare talks that followed.

“I love coming back to McAllen and to the Rio Grande Valley, and to Mission, and this will not be, of course, the last time that you see me,” he said, standing outside a brightly painted row of horse stalls. “And the fact that the first time you see me in this campaign is within two and a half days of having launched this — that is very intentional.”

Paying attention to the Valley is nothing new for O’Rourke. He’s visited a number of times since his failed bid for U.S. Senate in 2018. He blockwalked for Jessica Cisneros in 2019 and hopped on the Biden campaign last year for Kamala Harris’ brief visit. 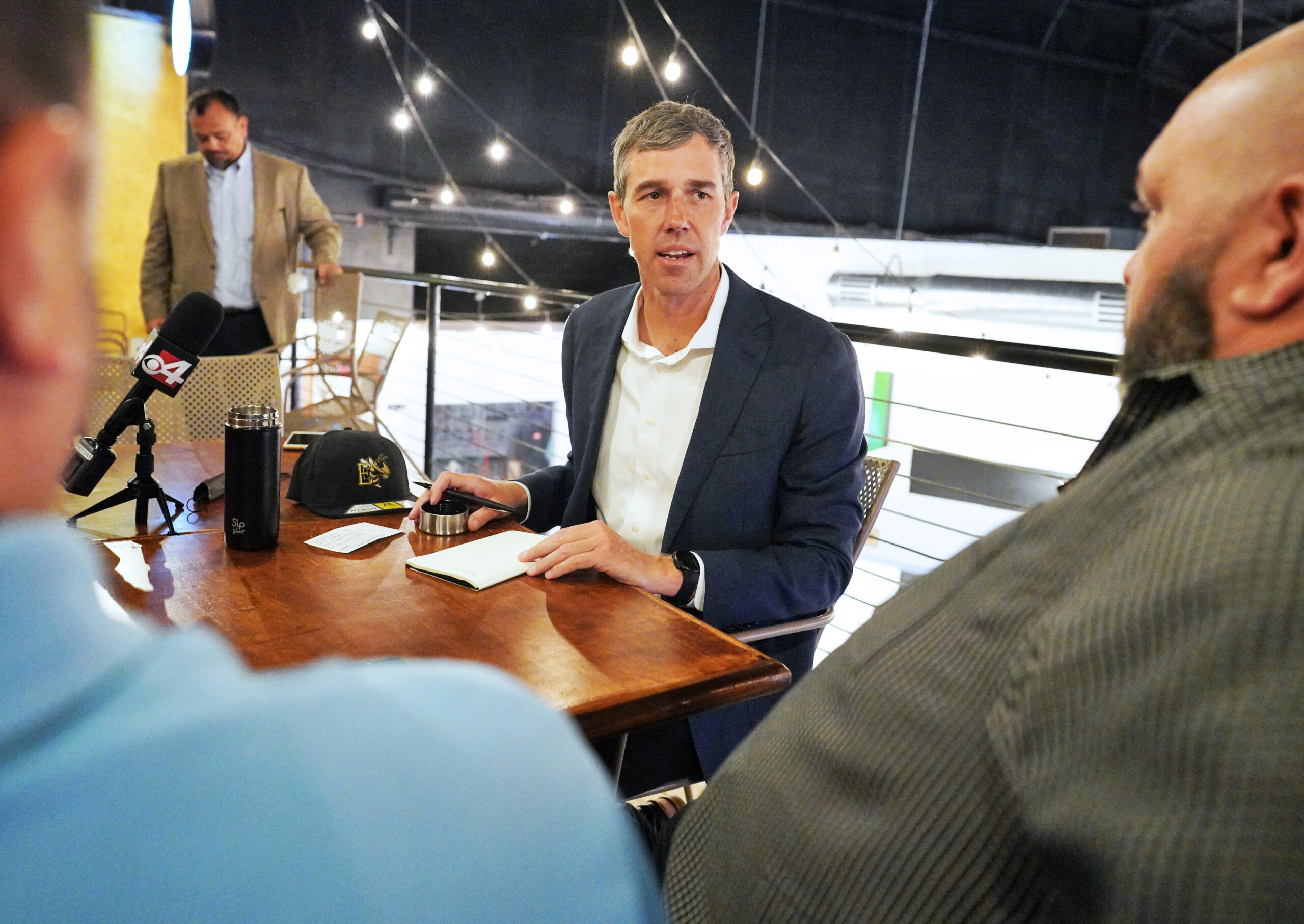 Abbott visited the Valley last year, in the wake of Hurricane Hanna. He publicly mourned two McAllen police officers killed in a shooting and helped a McAllen boy who wrote the governor about his mother, who was desperately ill with COVID-19 and couldn’t get the treatment she needed.

The governor has been to the Valley at least five times this year, usually spending his visit with law enforcement or municipal leaders in contrast to O’Rourke’s school trustees and doctors.

“We don’t need a governor who comes to the border for photo opportunities and who uses rhetoric like ‘invasion’ and asks Texans to take matters into their own hands, because it’s exactly that kind of rhetoric that prompted someone to travel to El Paso and murder 23 people in a Walmart two and a half years ago…”

O’Rourke said he would support ending Title 42 — the federal policy that expels migrants for public health reasons — and push for comprehensive immigration reform at a federal level, though he said he thinks increased leadership at the local level is also important.

“Let’s trust local border communities to come up with the solutions to the challenges that we see here, including those of immigration,” he said.

Placing more trust in local authorities seemed to be a hallmark of O’Rourke’s tour, particularly with regard to the Valley’s experience with the pandemic.

To a degree, the school board trustees echoed that sentiment, criticizing the lack of faith and autonomy put in local entities. They pointed out campus vaccine clinics, which have become the norm at most Valley districts, which were organized on the local level. Districts even bought their own freezers for vaccines.

O’Rourke heard, he said, about all the things that make the Valley “so much more than” a place with complex immigration issues.

“We have so much to offer the rest of the world,” he said. “And I want to make sure, as a border resident and someone who’s running to serve the border as well as the rest of Texas that we share that pride and the really positive stories that we see here. I mean, this is a place that has shown we can do it. If we have a challenge, we are going to come together and we are going to overcome it.”

O’Rourke listened to the trustees and doctors. He signed the Hidalgo ISD board president’s skateboard. He made a shoutout to Whataburger and Taco Palenque at the rally downtown.

As he was leaving the education roundtable, PSJA Trustee Cynthia Gutierrez pointed a finger at O’Rourke.

“Remember us though!” she said, smiling.

“I will,” O’Rourke laughed.