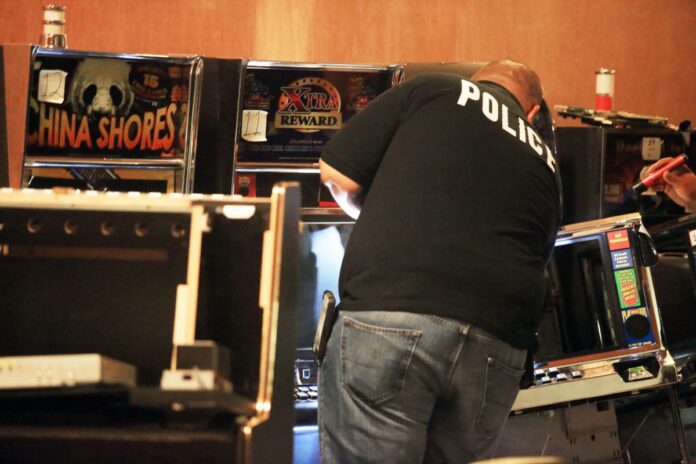 After the vote ceasing the issuance of the permits for eight-liners — also known as maquinitas — County Judge Eloy Vera said the hassle of regulating the eight-liner machines was not worth it to the county.

While state law allows the machines, prizes are limited to a $5 value. But most, if not all, game rooms are suspected of giving out cash prizes far exceeding that limit in order to draw customers.

“We have never permitted the gambling portion of it, it was just the amusement part of it and the people didn’t quite seem to understand that,” Vera said.

About two and a half years ago, the county attorney’s office began cracking down on the illegal game rooms as part of an effort called Operation West Bishop, according to County Attorney Victor Canales.

Canales said the commissioners’ decision to stop issuing permits would help clear up confusion among the public about whether eight-liners were somehow legal in the county.

But legally, he said, it changes nothing for him.

“It does nothing in the legal sense because what I have targeted from the very beginning have been the illegal gambling locations, where there is money that exchanges hands.”

Canales said the moratorium on permits would likely lead to the game rooms retreating to the shadows like they were before the county began issuing permits.

“You had almost a cat and mouse game going on with my investigators and our office, trying to figure out where they were at and all different sorts of setups where people would have memberships, key words, key codes,” he said.

His hope, though, was that the casual eight-liner player would not longer be older residents but instead younger, affluent people who could afford to play.

“And hopefully they won’t feel safe wherever they’re going to play because they will be illegal and it is illegal.”