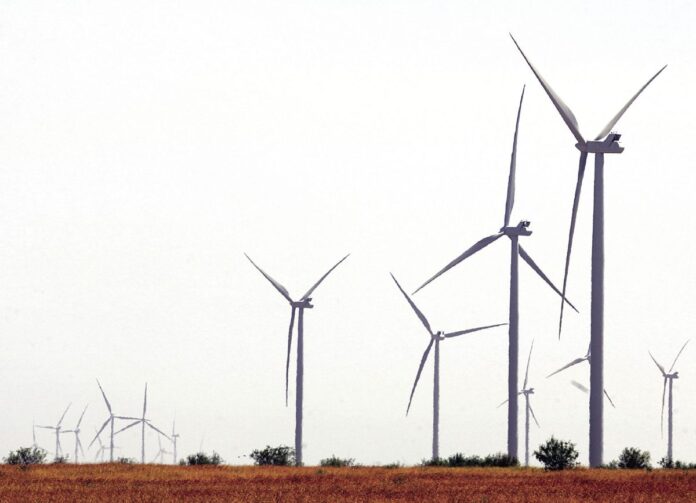 NEAR RIO GRANDE CITY — The latest phase of a wind farm project is now fully operational in Starr County.

Duke Energy Renewables completed its third stage of Los Vientos, which began in 2013.

In Starr County, the company completed stages III, IV, and V, of the project for a total of 426 turbines in the area. The first two Los Vientos projects are located in Willacy County, where the company constructed 171 turbines.

Vestas Wind Systems, a Danish manufacturer of wind turbines supplied 100 V110-2.0 MW turbines for Los Vientos IV and will service the project under a three-year operations and maintenance agreement.

Duke Energy has installed more than 1,500 megawatts of wind energy in the state, which is more than double the wind capacity it owns in other states combined.

“With 500 MW of that total in Starr County, we’d like to thank county leaders and our business partners for helping us deliver clean, low-cost renewable energy to south Texas customers and provide economic benefits to this region,” Rob Caldwell, president of Duke Energy, said in a news release.

“Duke Energy has been a great partner and member of our community,” Starr County Judge Eloy Vera, stated in the release. “We look forward to continuing with them to provide more wind farm opportunities for our residences.”

Duke Energy was recruited by the county after county officials had testing done indicating there was an opportunity to begin a turbine program, according to Rose Benavidez, president of the Starr County Industrial Complex.

“So what started initially as one phase turned into three, and we’re currently working with several other companies on multiple other projects,” she said.

The biggest beneficiaries of the project are the property owners who agreed to lease their land to the company.

“They do receive a direct payment and revenue from the company to lease their property for a 25-year period in addition to royalties that come with the project,” Benavidez said. “Normally what we understand from those is that they can range anywhere between $15,000 to $20,000 a year per turbine.”

“This has been an opportunity not just to bring short-term jobs to the area, but the long-lasting effect I think we’re going to see years down the line when the taxable base of these improvements continue to be a source of revenue for the county and for services for the residents,” Benavidez said. “Because these are 25-year contracts, and so it’s not like in a handful of years they could turn around and say, ‘Okay, we’re going to remove them now and move them,’”

Los Vientos completed earlier this month, but Benavidez stated there is a strong likelihood the company will begin another phase in the county.

Another wind project is already underway on the east side of the county, this time by EDP Renewables.