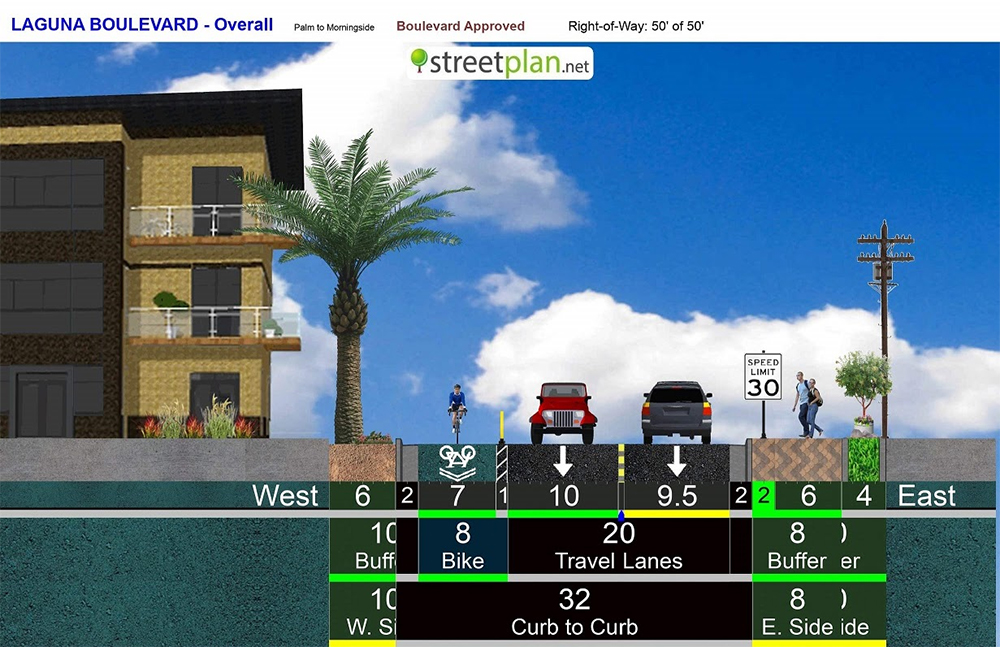 After several years of planning and receiving input gained from the community, this area is moving another step closer to getting its makeover.

The City of South Padre Island held its final open house on Monday for its Laguna Boulevard Reconstruction Project.

The project is going to make improvements to the whole stretch of Laguna Boulevard from Palm Street to West Morningside Drive. The street is along the bay side of the island.

On Monday, the project’s plans were 90 percent complete.

“It’s been very positive and everybody likes what we’re doing,” he said. “They like what they’re seeing and everyone’s excited to see it get started.”

“After that, then it should take me about a week to get these plans out for bid,” Sanchez said. “Hopefully, these bids come out within budget and we can get it started.”

In August 2020, city council decided on making a 10 foot wide bike lane on the majority of Laguna Boulevard, which will allow for bicyclist comfort and safety, as well as two-way cycling.

“We’re also improving the drainage for the city, which is a major need in infrastructure,” Sanchez said. “That’s one of the things that we wanted to make sure we got into this project.”

Engineering for the project will include — 6 inch tall curb and gutters along Laguna Blvd. or valley gutter where not possible, the widening of every intersection, adequate drainage along the boulevard and pipe crossing at every intersection.

Sanchez said city officials are anticipating the project will break ground in mid-December if everything goes according to plan.

For more information about the project, visit https://tinyurl.com/y5dszhr4.