Last week, city commissioners met with STEC officials, who warned opening the doors to competition would cut into their non-emergency transport service that helps offset the high costs of offering emergency care.

During the meeting, Randy Whittington, the attorney representing STEC, told Commissioner Richard Uribe the company would share the cost of funding a “needs assessment” study aimed at offering better ambulance service in town.

“My thing is not to be short-handed,” Uribe said during Tuesday’s two-hour workshop. “What affects us is the times we’re short-handed or not being able to service a call. What I don’t want is the continual thing, ‘We don’t have someone available.’”

“We’re looking at adding more unit hours to be able to accommodate these non-emergency patients,” he said. “It’s our goal to get that patient to their destination in a safe, timely manner.”

“I just want to know what is the problem with allowing other ambulatory services service Harlingen and not just STEC,” Puente told STEC officials. “Respectfully, I’m not concerned about STEC’s revenue. My obligation is to my constituency and that service to them. What is wrong with healthy competition?”

A move to open the doors to outside ambulance companies offering non-emergency transport could strip STEC of as much as half its revenue, Gavino Sotelo, a member of STEC’s board of directors and a former long-time Harlingen city manager, told Puente.

“You take away that service from us, we’re going to lose … maybe half the revenue,” he said. “That means we’re going to have an affect on our operations as far as personnel and equipment.”

Now, STEC’s annual $4.5 million payroll funds the positions of 90 employees, including 64 paramedics and emergency medical technicians whose salaries range from $48,000 to $66,000, Callier said.

In 2011, STEC stopped charging the city an annual fee to offer ambulance service, billing its patients instead, Callier said.

Today, the nonprofit which offers ambulance service across most of Cameron County, stations eight to 11 ambulances in the Harlingen area, he said.

“At any point in time, whenever we feel we need mutual aid, whether it’s emergency or non-emergency, we can activate our mutual aid partners,” he said.

During the workshop, commissioners said they wanted to cut residents’ ambulance wait times.

“I’ve heard from other constituents here in the city of Harlingen — they’re waiting hours and hours,” Commissioner Rene Perez said, referring to some residents’ complaints. “I understand emergencies always come first. I think that boils down to the quality of care the patients here in Harlingen are getting. I think you need help when it comes to transport services because it seems like there’s a lot of dissatisfaction.”

“It’s not because we don’t have enough trucks,” Perez, STEC’s transport director, said, referring to his ambulances. “The call volume is definitely very manageable. It’s because they’re holding us up at the hospital. We have a greater number of patients out there. We have a big nursing shortage right now. We’re sitting there waiting for a bed to open up.”

About a month ago, a McAllen ambulance company offered to transport a nursing home resident to a Houston hospital for $2,700 while STEC was charging $4,500, Commissioner Perez said. 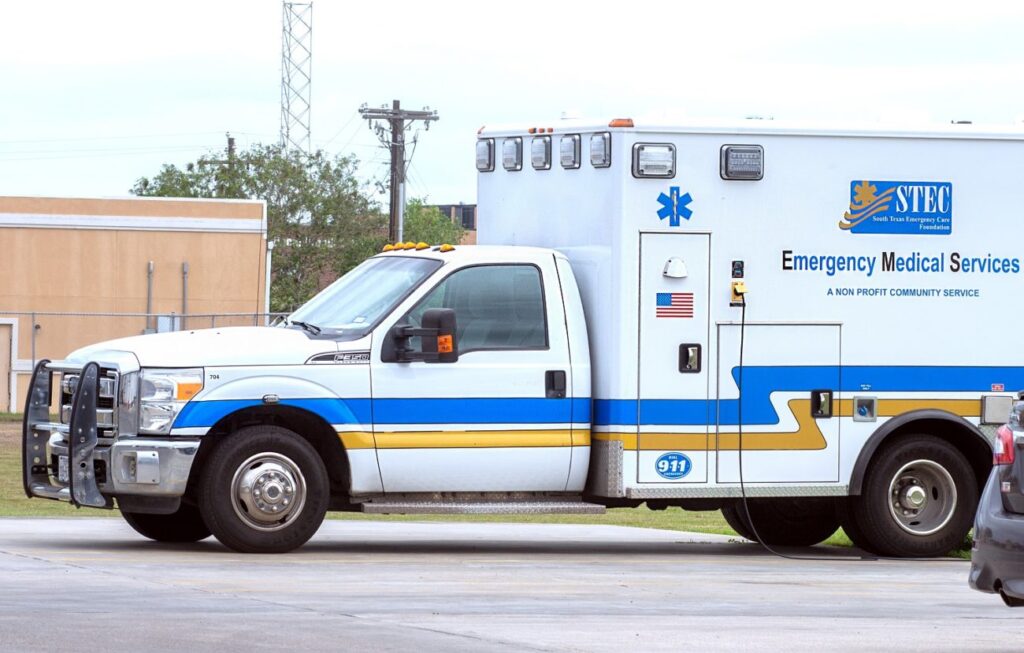 About four years ago, STEC boosted its rates to range from $795 for basic life support to $1,220 in the area where many residents are Medicare and Medicaid patients, Callier said, describing the company’s rates as based on “one of the lowest fee schedules in the Valley.”

“We try very hard to be competitive in the marketplace. As you know, in health care it is very trying to remain competitive and keep employees,” he said. “Medicaid does not pay for the cost of the service. Fifty percent of our patients are Medicare or Medicaid patients. We don’t ever bill anything below what Medicaid reimburses us. We know, in fact, we’re going to get a third of the bill most of the time.”