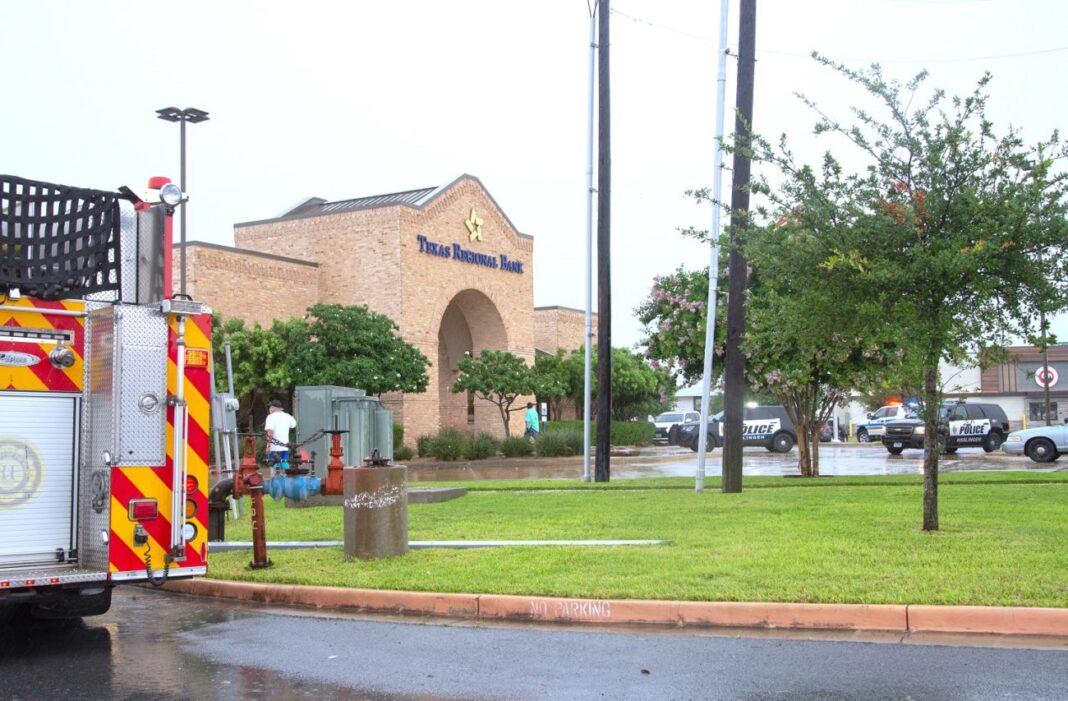 A 28-year-old Harlingen man has been sentenced to life in prison for robbing a bank and shooting a teller.

On Sept. 22, U.S. District Judge Rolando Olvera ordered Bah to serve the maximum – receiving life in prison for the robbery as well as another 25 years for the use of the firearm during a crime of violence to run consecutively. He must also pay restitution to his victim.

Authorities say Bah shot the bank teller in the head within five seconds of interacting with him.

The U.S. Attorney’s Office of Southern District of Texas said Bah entered the bank at 9:35 a.m., pulled a gun from a bag and shot the teller. Bah then demanded money from another bank teller at the window. After receiving several bundles of of cash, he fled the scene on a bicycle.

Police saw a man on a bicycle nearby and determined it was Bah. When he was arrested, police found a gun with a spent shell casing in the cylinder and well as a bag full of money.

The teller had to undergo surgery for the gunshot wounds and was released from the hospital several days later.

The FBI conducted the investigation along with the Harlingen Police Department. Assistant U.S. Attorneys David A. Lindenmuth and Nicole Piquette prosecuted the case.