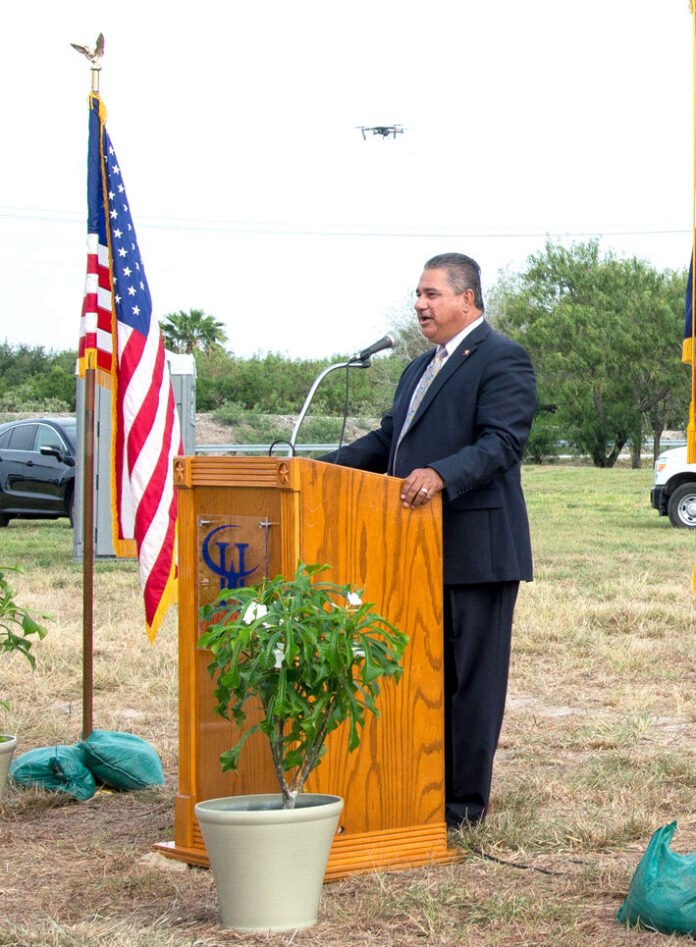 HARLINGEN — After city commissioners’ months of closed-door discussions, City Manager Dan Serna’s job might be on the line.

On Tuesday, Commissioners Richard Uribe and Frank Morales are calling on commissioners to consider Serna’s job along with a complaint apparently filed against him.

Perez and Mayor Chris Boswell said they didn’t know the reason behind the call for the discussion or the nature of the complaint.

According to the agenda, commissioners are expected to return to open session to consider the “city manager’s contract of employment” along with “the possible employment or appointment of an interim city manager.”

Since June, the commission’s new majority has met behind closed doors to discuss Serna’s job, revising his contract about 18 months after Commissioner Frank Puente began questioning its clauses.

In late June, the majority called for a performance audit aimed at gauging the effectively and efficiency of Serna’s management of the city’s operations.

Then two weeks ago, Uribe, the city’s mayor pro tem, announced he was holding off on plans to pick a firm to conduct the audit.

In early June, the majority revised Serna’s contract, removing a clause calling for four commissioners’ votes along with the mayor’s consent to fire him with “good cause,” while the original 2015 contract allowed a three-member majority to fire him without cause.

“I thought the issue was behind us once his contract had been modified,” Boswell said, referring to today’s agenda.

As part of Serna’s contract’s revision, commissioners agreed to honor a clause giving him a year’s worth of severance pay if he’s fired without good cause.

Since the past commission hired Serna in late 2015, commissioners have given him high marks during his job performance evaluations.

During a job evaluation in 2018, the past commission stunned residents when commissioners gave Serna a $45,000 raise which boosted his salary to $255,500.

Now, Serna’s salary stands at about $260,000, making him one of the region’s highest paid city managers after about six years on the job.

The push for Serna’s review comes two weeks after the commission’s majority removed City Attorney Ricardo Navarro after five years on the job, after Uribe said commissioners wanted to follow a “different direction.”