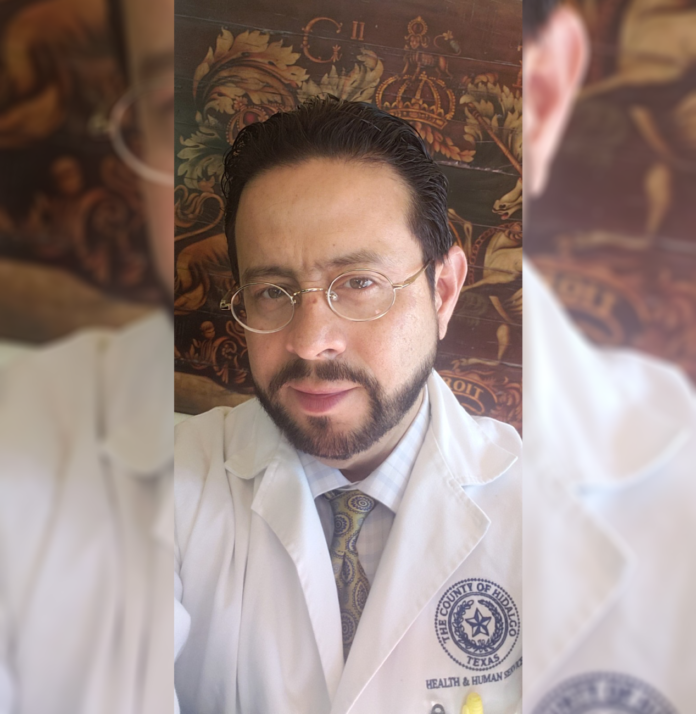 EDINBURG — Two days before Thanksgiving, Hidalgo County’s top doctor urged residents to mark the occasion in an intelligent manner in order to avoid creating a surge within a surge of COVID-19 cases.

Across the country and state, COVID-19 numbers are spiking, and the Rio Grande Valley is not far behind, Hidalgo County Health Authority Dr. Ivan Melendez said Tuesday.

On Tuesday, Hidalgo County health officials reported 655 new positive cases and 10 more deaths, bringing the total number of cases reported in the county to 41,469 and the death toll to 2,044.

“And so then the question is, do we expect a surge in the middle of a surge because of the holiday? And the answer is — absolutely. If people approximate for whatever reason (and) they don’t keep social distance for whatever legitimate reason that may occur, it’s only reasonable to expect that there will be an increase in cases,” Melendez said.

“So what we’re asking the community — with the understanding of how difficult it is, and how special the holiday seasons are, and how we waited all year to do this — is to celebrate in an intelligent way,” Melendez continued. “No one’s attempting to infringe on anybody’s privacy or liberty to do whatever they seem fit, but we’re asking the community to remember that it’s not only about themselves and their family, but it’s also about the rest of the community.”

Think of it as living in an ant colony, he said.

“Whatever affects one part of the colony, affects the rest. When we poison those ant colonies, we just put a little poison outside and we have all the ants take it inside. And guess what? Later, all the ants are dead,” Melendez said. “And so this is certainly the time to have more of a community awareness and an understanding that what’s good for the goose is good for the gander.”

Holiday gatherings will undoubtedly be a challenge for the Valley, simply because of its cultural identity.

“As you know, in the Rio Grande Valley, one out of every 10 homes is a multi-generational family. And also, one out of every three bedrooms in the Rio Grande Valley have more than one person sleeping in that bed,” Melendez said. “So because of our particular idiosyncratic ethnic background and our culture, (and) the way that we celebrate, it’s certainly quite common for the younger asymptomatic patient to bring it home.”

And the area has already seen firsthand the devastating effects that can cause, Melendez said, noting the deadly summer months when dozens of people were dying on a daily basis from complications of the disease.

Hospitalizations are also increasing, though they never really went low enough for Melendez.

“In one hospital, we were down to two patients (last week). Today, that same hospital’s at 17. Another hospital that I was in last night, we had 19 people in the COVID unit the week before, and last week we had 37,” he said. “So those numbers are also escalating.”

The county has about 2,000 licensed beds, but only about 1,050 are truly staffed, Melendez said. And with 180 COVID-19 patients hospitalized as of Tuesday, that’s more than 17% of beds being used to treat those patients.

“So what can we do?’ Melendez asked rhetorically. “Well, we celebrate with a nuclear family that we are already exposed to every single day. That is, those people that live in your home. We can certainly try to, if we have to, try to celebrate outdoors as opposed to indoors.”

Melendez said he’s reviewed the laundry list of guidelines the Centers for Disease Control issued earlier this month for the holiday.

“And quite frankly, as a public health position, I applaud their aggressiveness, but as a human being — and as a human being living in the Rio Grande Valley — their recommendations are next to impossible to follow,” he said.

Still, every family can take the appropriate steps to minimize their exposure.

“It’s just a recipe for disaster.”