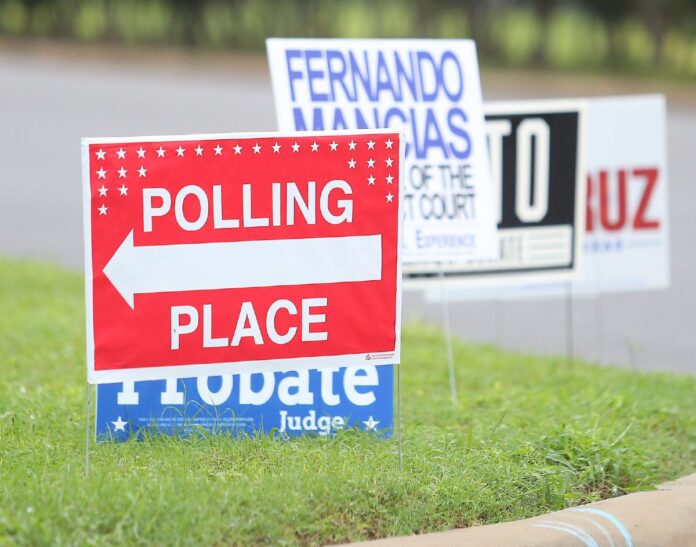 Meanwhile, in Edcouch, voters rejected a similar referendum to expand the terms of aldermen from two years to four.

In Weslaco, all three charter amendment propositions passed by unquestionable margins, even as only early vote tallies were available as of press time Tuesday.

“I think it’s a referendum on the referendum that the citizens were for it,” Weslaco Mayor David Suarez said late Tuesday evening.

“All three passed — it passed unanimously… Now we get to work to make sure that those things are implemented,” he added.

Like the mayor, Place 2 Commissioner David Kerr was happy to see all three propositions pass.

Kerr, who first ran for public office in 2014 on a platform of increasing accountability and transparency on the commission, called the passage of the referendums a “positive.”

“We can kinda leave some of the controversy behind,” Kerr said.

“Like I’ve been saying all along from the beginning when I first got elected: put it in their (voters’) hands and let them decide. And that’s what we did and so I’m happy to see the result.

Some of the propositions will take effect immediately, while others require some troubleshooting before they can go into effect.

Proposition B — which lengthens the terms of the commissioners and mayor from three years to the statutory maximum of four — goes into effect immediately. In effect, the mayors and commissioners who were not up for election this year have now gained another year in office.

Proposition C also goes into effect immediately. That proposition limits elected officials to serving three consecutive terms in office; however, a commissioner who has served three terms may then make a bid for mayor.

Elected officials may also again seek election after serving three terms, then sitting out at least one term.

The final proposition — Proposition A — will take some time to implement.

The city will need time to equitably redraw district lines to accommodate the new system, as well as to determine which two seats of current commissioners will become at-large positions.

“They have to not gerrymander, but un-gerrymander what is gerrymandered now and then go ahead and pick who becomes at-large and who becomes district representative,” the mayor said.

The mayor spoke of how the district lines currently exist — drawn in a way that may have benefitted some of the former elected officials who are now under felony indictment for fraud related to the city’s water plant.

Commissioner Kerr spoke of those district lines, as well, and of how the redistricting will help rectify such issues.

“The ability to get candidates into office by just having them, you know, like 200 votes gets you into an elected position of the city, I think that made it easier to perpetrate what was done back then,” Kerr said.

Overall, however, Kerr was optimistic about the work the commission has accomplished in the six years he has been a part of it, attributing such successes to his fellow commissioners, saying they have worked hard as a team.

“I think Weslaco is in a much better spot than we were six years ago,” Kerr said.

Kerr also lauded the city’s staff for turning things around.

“I’ll say that a lot of the credit goes to Mike and the staff,” Kerr said of City Manager Mike Perez.

“We put in place the broad policies, but Mike is the captain that keeps the ship rowing in the right direction,” he said.

Meanwhile, in Edcouch, a proposition to lengthen terms from two years to four narrowly failed Tuesday.

The measure failed by about 5 percentage points — 730 votes against to 653 votes for.

The mayor added a previous attempt to increase term lengths also failed in 2017.

For the mayor and Edcouch City Manager Victor Hugo de la Cruz, expanding term lengths by two years would have served several purposes for the city.

It would have allowed Edcouch to save some money by not holding elections every year, and it would have perhaps allowed for better stability in tackling long term projects.

“It takes a while to build relationships at the county and state level… we need to forge relationships with them,” the mayor said.

“I really have to say that it’s a little discouraging,” de la Cruz said of the proposition failing.

“Small cities, we do our own lobbying. I do my own lobbying,” de la Cruz said of trips to the state capitol to advocate for the Delta town of 5,000.

With each administration’s members only guaranteed two years in office, it can add a measure of instability for the city’s staff, who worry they may not have a job after a new election season, de la Cruz said.

Despite that, he says the city will continue to forge forward on ongoing projects, including a city park project that is now in its second year.

“ Everything continues, and we’re just hoping that we can have more time to do more,” de la Cruz said.