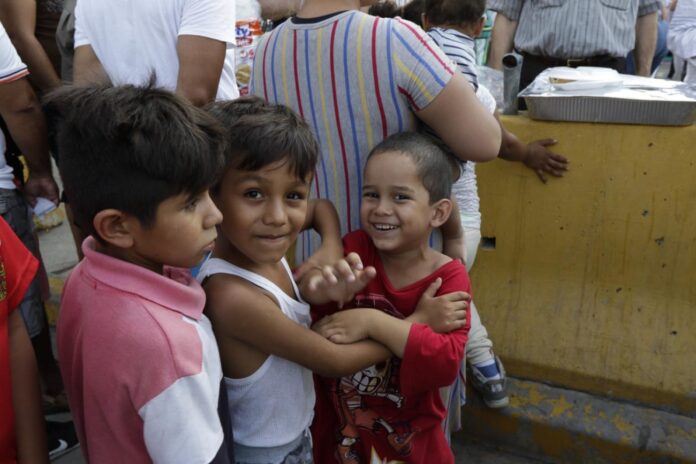 A camp of asylum seekers along the Rio Grande in Matamoros has seen a significant reduction in population over the course of the COVID-19 pandemic, with aid workers and camp residents counting just over 650 residents in the last census.

This is in comparison to an estimated population of 2,500 asylum seekers formerly living along the levee past the Gateway International Bridge. Roughly 1,000 more were thought to be living in apartments in Matamoros.

The camp has been fenced off since the pandemic began this spring. Mexico’s National Institute of Migration (INM) has monitoring who enters and exits, causing media attention to shrink.

Families who arrive at the border to seek asylum are expelled to Mexico with no immigration proceedings under a March 20 Centers for Disease Control and Prevention order that the Trump administration used to shut down nonessential travel along the U.S./Mexico border, and with it the asylum system.

The arrival of families who can’t enter the encampment due to quarantine measures has created another crisis. In response, the Dignity Village collaborative has developed a program where organizations are now using donations to place asylum seeking families in apartments.

Certain families in the camp who meet criteria indicating they are particularly vulnerable to the dangers present in Matamoros are being offered the option of housing, as well.

Many in the camp at this point have been living on the levee for over a year. According to Department of Homeland Security guidelines, hearings under the Migrant Protection Protocols (MPP, ‘Remain in Mexico’ progam) aren’t set to resume until Texas, Arizona, and California progress to stage three of their reopening plans, when the Department of State and CDC lower their global heath advisories to Level 2, and when Mexico’s COVID-19 “stoplight” system categorizes all Mexican border states as “yellow”.

Initial reports in March and April suggested that authorities in Mexico were offering free bus rides daily to the border with Guatemala, using fear over the spread of the virus and indefinitely postponed asylum hearings to sway families south.

Others reported that at local shelters like Alberco Chavez, even migrants seeking asylum under MPP were feeling pressured to get onto the buses and leave behind cases during the first weeks of the pandemic’s arrival in the Rio Grande Valley.