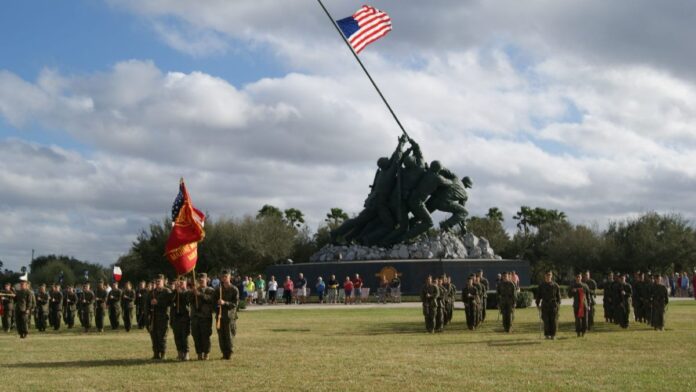 A 17-year-old boy, alongside his mother, filed a Title IX lawsuit against Marine Military Academy in Harlingen on Thursday in which the two allege that the school retaliated against the young man for reporting that an assigned roommate hit, kicked, punched, and threatened to rape him on a daily basis.

According to a complaint filed at a federal court in Brownsville on Thursday, the young man, who is identified only by his initials, N.M., began attending the academy in August 2016. MMA is a boarding school and the family is based in San Antonio.

The academy was founded in 1963 and is located on the site of a former military base in Harlingen.

Its founding principals, according to court documents, were “to create a place where the ideology of the Marine Corps, including concepts like leadership, discipline, and moral values, could be shared with adolescent males.”

The academy is not officially affiliated with the U.S. Marine Corps, although it does receive federal funding to pay for military uniforms and the Reserve Officers’ Training Corps (ROTC) program, according to the complaint.

MMA’s receipt of federal funds means that the academy is required to follow the requisites of Title IX of the Education Amendments of 1972.

The law, which states that “No person in the United States shall, on the basis of sex, be excluded from participation in, be denied the benefits of, or be subjected to discrimination under any education program or activity receiving Federal financial assistance.”

A summary of facts stated that N.M. suffered from severe mental and emotional stress as a result of the bullying, which lasted an entire school year and several days into the former student’s second year.

The young man alleged that he was afraid to report the bullying to his parents in San Antonio, as Drill Instructors scan all letters. First years students did not have access to electronics, making it impossible for N.M. to inform his mother of the abuse.  The summary claims that N.M. was bullied and threatened by two roommates. He was also “ambushed and assaulted” by four cadets, among a series other incident detailed in the document.

Academy officials are alleged to have repeatedly reprimanded N.M. for going past his “chain of command”. N.M’s superior at the academy was his roommate, who was simultaneously the perpetrator of the repeated harassment.

The document states that the harassment was never properly addressed and that five days into the semester of N.M.’s second year at MMA, he was placed on suicide watch and was taken home by his mother.

The former student was transferred into a long-term mental healthcare facility and was diagnosed with catatonia, along with symptoms of PTSD, major depressive disorder, and anxiety.

According to the complained filed on the behalf of N.M., a victim under current Title IX law must be a member of the protected class as defined under the law and the school must be on notice to as to the allegations of harassment.

In order to file a Title IX claim, the plaintiffs must prove that MMA was “deliberately indifferent to those allegations”, and the victim must also have experienced “deprivation of educational opportunities” alongside other damages.

The attorney claimed that N.M. easily fills these requirements and that MMA failed to follow federal Title IX guidelines, meaning that the mother and son have the right to sue the school for damages on a private level.

The lawsuit claimed general negligence, gross negligence, breach of legal duty, injury caused by that breach, and negligent hiring, training, and supervision practices on the part of MMA officials.

MMA is accused of failing to follow proper Title IX requirements and is said to have provided a “safety plan” for N.M., which “failed”. According to the complaint, the student expressed fear that he would be retaliated against by school officials if he continued to report the abuse.

The lawsuit claims that he has been unable to graduate from high school. Court records show that the family is seeking $300 million in damages.

When asked for comment Friday, a MMA spokesman said officials were unaware of any complaint that had been filed against the academy.