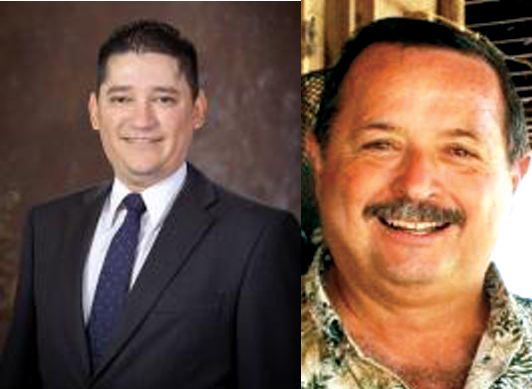 The federal criminal trial against three men accused of participating in a bribery scheme related to the $38.5 million rehabilitation of Weslaco’s water treatment facilities has been delayed until early February of next year.

U.S. District Judge Micaela Alvarez granted the delay in an order handed down Tuesday after one of the three defendants, Rio Grande City-area attorney Daniel J. Garcia, requested a 90-day continuance. Garcia submitted the request in order to have more time to review evidence — “as much as two terabytes of additional material” — still needing to be handed over to the defense by federal prosecutors, according to a copy of the motion.

Garcia’s co-defendants — former Hidalgo County Precinct 1 Commissioner Arturo “A.C.” Cuellar and Weslaco businessman Ricardo Quintanilla — agreed with him on the need for more time. As such, Alvarez granted the motion, resetting the case calendar until early next year.

“The Court finds that the failure to grant the motion would likely make a continuation of such proceeding impossible or result in a miscarriage of justice…” Alvarez wrote in the order granting the continuance.

How much time both the government and the defense need to review evidence has, at times, been a point of contention in the ongoing case. In early May, Assistant U.S. Attorney Roberto “Bobby” Lopez Jr. filed a motion to have the case declared complex due to what the government described as a “voluminous” amount of evidence.

In a May 29 hearing on that motion, Lopez described how the evidence includes more than 125,000 pages of records, more than 100 “law enforcement recordings,” original audio recordings from Weslaco City Commission meetings, and approximately a dozen “bankers’ boxes” of additional material. At the time, Lopez also said he anticipated an additional two terabytes of evidence.

“I don’t believe I’ve had a case that has had more evidence than this case,” Lopez said during the hearing.

Defense attorneys for Quintanilla and Cuellar agreed with the government’s request for an additional 180 days to sift through the mountain of material, as did attorneys for former District 2 Weslaco City Commissioner John Cuellar, who was then a named co-defendant.

In August, John Cuellar changed his plea to guilty after reaching an agreement with prosecutors.

However, Garcia was at the time opposed to drawing out the case. His attorney, Clay S. Conrad, argued that nothing about the case made it unusual, going as far as accusing prosecutors of “manufacturing complexity” and of failing to make evidence available to the defense.

After Lopez noted that evidence has been available to the defense either at the U.S. Attorney’s Office or at the FBI, the judge chastised Conrad to be aware of all the facts in the case.

Now, just over a month before the case was set to go to trial, it is Garcia who has asked — and has been granted — more time to review evidence.

However, Alvarez’s decision to delay proceedings until February was not the sole order she handed down Tuesday.

In a separate order, the judge also denied several motions from Quintanilla, including motions to exclude certain evidence and statements by co-conspirators, as well as character evidence and expert witness testimony.

“In the present case, any out-of-court statements by co-conspirators that the Government seeks to admit at trial should be excluded,” Quintanilla argued in a motion filed on Sept. 20.

In a separate Sept. 20 motion, Quintanilla also sought to learn who the government’s informants are in the case, as well as the nature of any deals those informants may have reached with prosecutors, including immunity, or “any other special considerations” granted to them.

Finally, Quintanilla sought a hearing to determine the admissibility of any out-of-court statements made by any co-conspirators or co-defendants in the case.

Judge Alvarez denied the requests, with the exception of the latter; the admissibility of the out-of-court statements will be decided at the time of trial, Alvarez ruled.