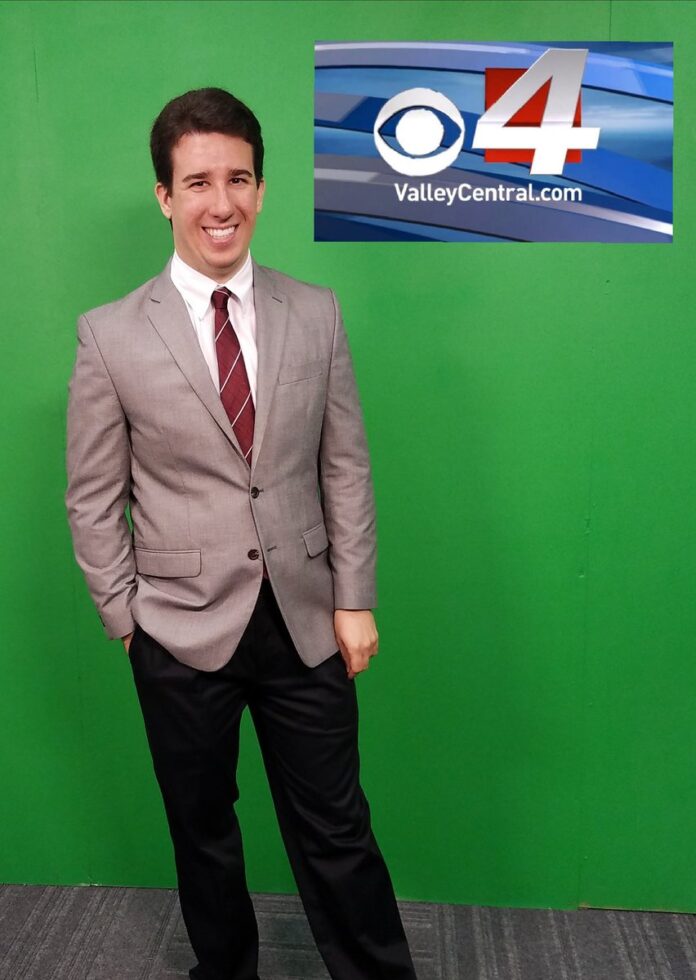 It’s an understatement to say that friends and colleagues are surprised by the sudden death of KGBT reporter and meteorologist Alex Ryan Herbst.

Those reached for this story expressed confusion and heartbreak over the suicide of the 26-year-old New Jersey native who many described as selfless and compassionate.

“You’d be hard-pressed to find someone to speak ill of Alex,” said former KGBT reporter Stephen Sealey Jr., “and if you do find that person, send them my address because I would like to talk to them.

“I don’t think there’s a single bad bone in that man’s body.”

Sealey remembers Herbst shadowing him when he started at the station in June 2018. After graduating from Mississippi State University with a master’s in geosciences, Herbst was hired by KGBT as a reporter and weekend meteorologist.

The pair bonded over sports, Sealey said, and Herbst was an avid fan of Philadelphia’s teams.

The two were neighbors. Sealey recalled times they’d strike up a conversation when he’d leave to work and Herbst was getting home from morning show duties.

Herbst exuded positivity, friends said, and Sealey recalled how Herbst always asked how he was doing when they met outside their apartments.

“I hope he knew that just those little gestures … could turn your day around,” Sealey said.

“He was a kind and genuine person,” she said. “He was a great friend, colleague and team member.

Herbst was quick to go above and beyond his job description if anyone needed help, she said. He was known for bringing treats for the team for even the most obscure holidays.

“I think it was his way of sharing and wanting to celebrate with those around him,” she said. “To me, it goes to show that he found joy in small, mundane things and he wanted to share that joy.”

Meteorology was his passion, she said, but he also covered science and the environment for the station.

“He found stories here in the Rio Grande Valley that I don’t think anyone had ever reported on,” Gonzalez said, referring to volcanic ash and giant oysters in Starr County. There’s a “big need for the kind of reporting Alex did here in the Valley, and Alex filled that gap.

“He was able to hone in on that beat and cover stories nobody else was covering.”

Herbst’s love of science was nurtured at Eagle River Day Camp in New Jersey, where he spent summers as a participant and an employee when he was older. Ruth Ann Weiss, camp owner, said she didn’t realize how many lives Herbst impacted until he passed.

“I know now from all the people that have reached out to me how many lives he’s touched,” she said. “I’m hearing from people I haven’t heard of in 15 years.

“He made camp a better place.”

“He got them very excited about cumulus clouds and all the different things about the weather,” Weiss said. “He really loved what he did and he loved working with children.”

Herbst always showed an interest in weather from a young age, and he always “embraced the different,” she said.

Kids interested in science and technology were different than “mainstream” campers, she said, and he identified with them well.

“He wasn’t cool,” she laughed, “but he was okay with that. I think that’s why he was so great relating to other people.

“He was very good at accepting people for who they were and he really didn’t care. He was equally kind to everyone.”

Weiss remembers Herbst always smiling and possessing the ability to laugh at himself. She recalled a camp counselor talent show in which Herbst, who was about 18, dressed up for a performance as Princess Jasmine opposite her daughter as Aladdin.

“In front of 300 people, he just walked out in a bikini top … with a lot of confidence,” she said. “The joy in his face — he was making others happy and that’s what he loved to do.”

Jon Alba is a childhood friend who attended camp with Herbst. He published Herbst’s NASCAR columns on his blog in high school and college, and currently works as a sports reporter in Orlando, Fla.

Knowing Herbst’s interest in science growing up, he said he never expected his friend to go into TV.

“The fact that we he was able to combine that in a way that he was able to affect a large audience of people was really awesome to see,” he said. “I think anyone that watched one of his broadcasts became smarter after seeing them.

“What I’ve always noticed about Alex was his desire to interact with people.”

Herbst loved television, Gonzalez said, but it wasn’t about wanting the spotlight. It was about teaching and explaining what was interesting to him.

“Alex loved to show-and-tell,” she said.

Friends remember Herbst as a good listener and someone who was there for people in need.

“He was all what we should all aspire to be,” Sealey said of Herbst. He was “always so willing to know how you were doing more than how he was doing.

“I really hope he knew how much he meant to us.”