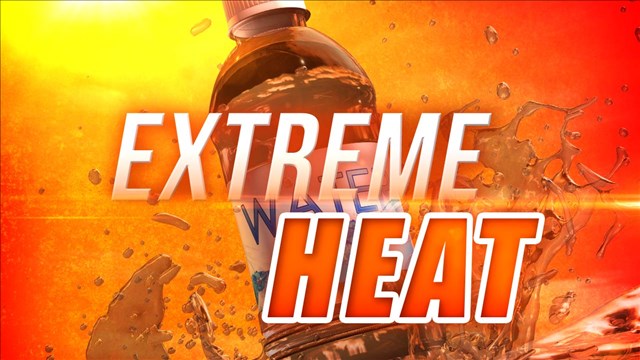 HARLINGEN — A recommendation by the federal government to set your thermostat at night to 82 degrees is turning red-hot on the social media site Twitter.

Rabble-rousing television reporter Jennifer Titus, who hails from Tampa, Florida, tweeted out these numbers from Energy Star, a joint federal program run by the Department of Energy and the Environmental Protection Agency.

Energy Star recommends “well-informed decisions” on power and water usage, according to its website.

So what are those optimal thermostat settings?

• 85 degrees when you’re at work or away

The Twitter responses, particularly from people living in states like, say, Texas, generally were of the opinion these government guidelines are possibly a tad unrealistic:

“I turned my thermostat down to 57 just to protest this nonsense….”

“Maybe if you want to sleep in a sauna”

“Seriously, those are lizard temperatures. 82 at night? Why so the heat kicks on even in summer? Who is even comfortable at 82 degrees inside at any time of year besides lizards and the elderly relative you visit from three states to the south?”

“I think this report was written by my grandmother who wears a sweater in Florida.”

“This is how they want to regulate your life. This is all about the carbon footprint BS. House 1000 square feet, one car and 1 child Utopia c…”

“I’ve already embraced a dying Earth, so I keep my central air between 67-72 at all times.”

“I see we’ve decided to give up on sleeping. Or going home for that matter. Or having pets that aren’t native to the rain forest.”

Here in the Rio Grande Valley, utilities are a little more forgiving when advising on how to deal with South Texas heat.

At Magic Valley Electric Cooperative, utility officials note heating and AC are your two biggest expenses when it comes to power usage, averaging up to 50 percent of a monthly bill, says Luis Reyes, spokesperson for MVEC.

“When you’re at work or away, consider adjusting your thermostat by 2-3 degrees higher than your normal setting temperature. This will allow the home to remain comfortable.

At AEP Texas, utility officials recommend setting the thermostat — a programmable one — at 78 when people are home.

They also recommend ceiling fans and maintaining a constant temperature rather than yo-yoing up and down.

Twitter users continued to be less than amused by the Energy Star recommendations:

“Also are my dogs just supposed to have a heat stroke while it’s 85 and I’m gone?”

“This heresy. The proper temperatures for the thermostat are as follows: • Home: 72° F • Away: who cares, you’re not home • At night: below 70° F Anybody who disagrees hates puppies, babies, ice cream, only owns one bath towel, & is probably a terrorist too.”

“Everyone in the South is laughing”

“In what world is 82° an appropriate temperature to sleep in? Lord have mercy.”

“82° while sleeping? Y’all have lost your minds”

“How in the world do you sleep in 82 degrees. 68 degrees always I will pay the extra. My dogs have to go outside to warm up.”

“Yeah I’m sure my hot flashes will enjoy that IMMENSELY, Jennifer”

“My poor Yorkies have to sleep under the covers because my house is 70° at all times and really only bc I can’t get it to stay at 68 in summer in Texas. My husband says the dogs have icicles on their faces. Sorry pups, momma gets too hot”

“Dear everybody. I’d die of heatstroke if I kept thermostat at 78 degrees. Sincerely, The State of Texas”

“I think you may have inadvertently brought all political parties together under one roof with this tweet.”

Are these guidelines right for you?

• 85 degrees when you’re at work or away