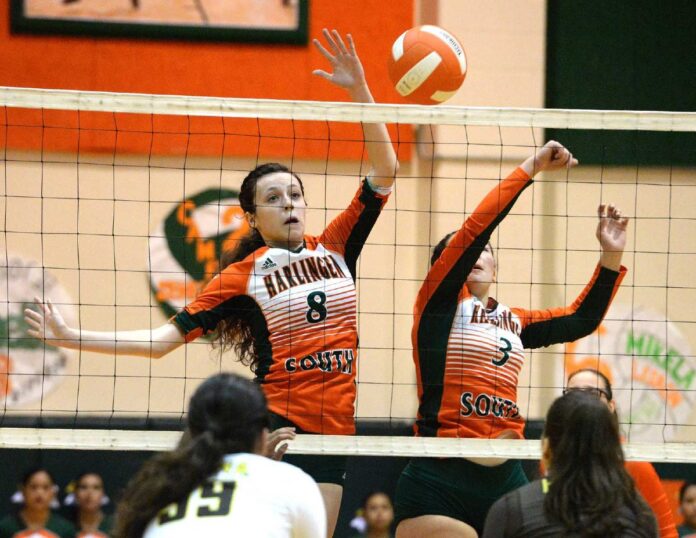 With the victory, Brownsville Hanna improved its District 32-6A record to 2-1 while Harlingen South fell to 0-3.

“We started off slow and didn’t have a lot of chemistry on the court,” said Brownsville Hanna head coach Ansgar Hagemann. “Then in games two, three and four it really picked up and I am really extremely proud of them because we lost our setter and we had to switch to a system that we have never played, but we pulled through and we can always look back for the rest of the season and build on it.

“The Lady Hawks are the most improved team in the district and they played fantastic today. They are going to be back on the map soon.”

In an all-too-familiar scenario for Coach Hagemann, the Lady Eagles once again got off to a slow start by losing the first set to the Lady Hawks. In the second game, Harlingen South built a commanding 6-0 lead but watched as Hanna won five of the next six serves and eventually took the set 26-24.

Up 2-1, Hanna once again started slow in the fourth game as the Lady Hawks again took eight of the first 11 serves for an early 8-3 lead that they kept until late in the match. With both teams fighting for every point, it was the Lady Eagles who finished strong and took 10 of the final 12 serves.

“I told them to just be confident and be big at the net,” said Hagemann.

Harlingen South gets another chance to pick up its first league win when it faces the San Benito Lady Greyhounds on Tuesday.