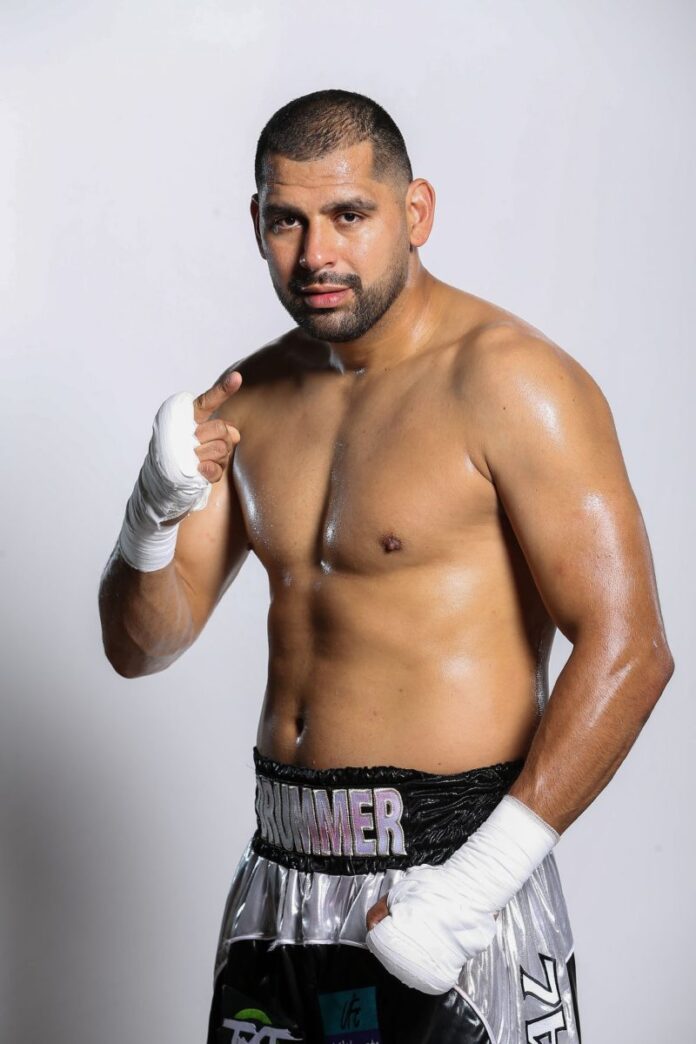 Weslaco heavyweight Eric “Drummer Boy” Molina is a passionate boxer with 30 pro fights and a dedicated teacher with a master’s degree.

In the past two years he’s fought in Alabama and England for the WBC and IBF world heavyweight titles and now is beginning his sixth year as a special education instructor in the Edinburg school district.

So does that make him a well-educated boxer or an educator who boxes?

“The best feeling in the world is to walk into the classroom on a Monday morning and tell the kids that you won (in the boxing ring),” Molina said.

“Drummer Boy” has something to tell his students this week at Harwell Middle School in Edinburg after winning the main event of Saturday’s Xtreme Fight Night 4 boxing show at South Texas Fighting Academy in Palmhurst.

After his triumph, Molina said he took a somewhat cautious approach in the ring against an experienced opponent such as Woods. He chose his moments and scored with enough well-placed punches to get the win.

“We knew that Jamal Woods is a 55-fight veteran who has fought against the greats all over the world,” Molina said. “I knew he was going to be tough and take my shots. I knew he was going to come in and give me some good rounds. He’s gone against every top heavyweight in the division. It was just a matter of getting in there and throwing some leather around (and getting the win).

“I’m blessed,” he added. “I’ve been doing this for more than 10 years now. I do this to inspire these younger guys (students). I’ve taken my losses and I’ve always bounced back. If I can inspire just one person, it’s all worth it.”

Molina said he’ll return to training this week at his newly opened public gym in Edinburg and prepare for his next fight, whenever that may be.

“People fail to realize that as I box, I have my role as a teacher, too,” he said. “I want to continue in that role and represent my (Edinburg) school district, my community, and of course, the Valley. That’s my story and it will continue to be told.”

The most impressive bout on the undercard was recorded by Hampton, who won his pro debut with a second-round technical knockout of Brownsville’s Mark Rojas.

The next boxing show at South Texas Fighting Academy tentatively is scheduled in November.