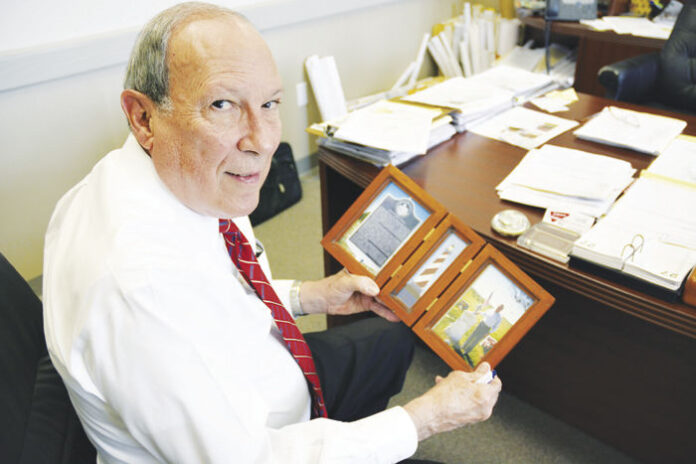 HARLINGEN — The Mexican celebration of Cinco de Mayo commemorating a victory over French forces at Puebla in 1862 is a Texas story, too.

The 33-year-old Mexican general, Ignacio Zaragoza, led his troops to what was an astonishing victory over French troops who outnumbered his Mexican troops two-to-one.

The celebration of Cinco de Mayo, at least now during contemporary times, is hardly recognized as the commemoration of a military victory by Mexican troops. Instead, it has become an opportunity to celebrate Mexican culture.

The politics surrounding the current tug-of-war over the U.S.-Mexico border notwithstanding, Cinco de Mayo also reminds us that the history of Texas and Mexico is a shared one.

For former Harlingen mayor Connie de la Garza, the story of young commanding officer Zaragoza is a story of his own family.

Landing in Veracruz, they went to Victoria County where the job of his military officer forebears was to protect Spanish missions in what was a virtual wilderness. At the time, the primary mission was in Goliad.

“In exchange for that, the crown always paid with a land grant. They got an 8,000-acre land grant on the north side of the San Antonio River northeast of Goliad, south of Victoria, almost directly west of McFadden,” de la Garza said.

“They were basically ranchers … but by the time Carlos became a captain at Goliad, it was a Mexican government,” de la Garza recalled. “Santa Ana was actually the president of Mexico, or the king of Mexico, whatever, the emperor of Mexico.

“He was a captain in the Mexican army and a fellow captain, Zaragoza, had a baby boy,” de la Garza said. “Back then being a godfather in the Catholic Church was a very, very big event.

“So Capitan Zaragoza asked my great-great grandfather, would you be the godfather of my son, and he was,” de la Garza said. “I believe it was about 1829.

In 2000, the state of Texas installed a historical marker near Goliad dedicated to Don Carlos de la Garza.

“I have a lot of Anglo friends say, ‘why are we celebrating Cinco De Mayo?’” Connie de la Garza said. “And I say, my friend, you’d be surprised how many roots there are right here.

“If it wasn’t for the Spanish and the Mexicans with roots here, there’s no telling where Texas would be.”

Texian Col. James Fannin, after a two-day fight called the Battle of Coleto during Texas’ war of independence, surrendered his troops at Goliad after Mexican troops received reinforcements and additional artillery.

Fannin reportedly thought his troops would quickly be released.

But on Palm Sunday, March 27, 1836, Mexican Lt. Colonel Jose Nicolas de la Portilla marched between 425 and 445 Texians out of Fort Defiance in three columns on the Bexar Road, San Patricio Road and the Victoria Road, between two rows of Mexican soldiers.

The Texas troops were shot point-blank, and survivors were clubbed and knifed to death.

“Under the instructions of Gen. Santa Ana, there was no quarter, like at the Alamo,” former Harlingen mayor Connie de la Garza said. “They were going to kill everybody.”

“My grandfather said, don’t shoot him, he’s my neighbor to the south. The famous O’Connor Ranch that’s still there? Don’t shoot him, that’s Mr. Williams, my other neighbor.

“He pulled out five Anglos,” Connie de la Garza said. “All the rest of them were shot and the bodies burned. So people say the Texans should have hated your great-great-grandfather. Within five years, they knew he did it because he was loyal to his flag.

“And then when we became a republic, he became an officer again, a Tejano, in the Texas Republic.”

At Goliad, there were other miracles, including 28 men who feigned death and escaped. Due to the intervention of Francita Alavez, called the “Angel of Goliad,” 20 more men were spared to act as doctors, interpreters or workmen.