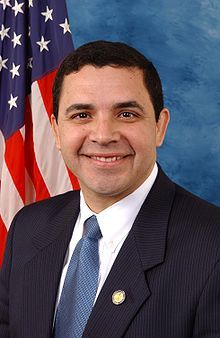 U.S. Rep. Henry Cuellar will review the budget for the CIA and the Department of Defense as part of his new appointment to the Defense Subcommittee.

Cuellar, the most senior congressman on the border, is also the only democrat appointed to the powerful House Committee on Appropriations for Region 6, which includes Texas, New Mexico and Arizona.

As part of his new appointment, Cuellar will review spending for U.S. troops, weapons programs and military conflicts abroad. The Defense Subcommittee has oversight of the largest component of federal discretionary spending, according to a news release from Cuellar’s office.

He will also continue to serve on the Homeland Security Subcommittee, where he is now the second ranking member.

As part of that committee, Cuellar will review funding for the Department of Homeland Security, which includes U.S. Customs and Border Protection, U.S. Immigration and Customs Enforcement, the Coast Guard, the Federal Emergency Management Agency and the United States Citizenship and Immigration Services, among others.

“I am grateful for the opportunity to continue serving on House Appropriations with a new role on defense and added seniority on Homeland Security,” Cuellar said.

“In today’s world our national defense, national security, and intelligence services play a more crucial role than ever before. Our challenge is to make certain we continue to lead in innovation and technology while being good stewards of tax dollars. I look forward to working with my colleagues to perform this job in a way that will make our country safer and more secure.”

Cuellar joined the U.S. House of Representatives in 2005, and is currently the chairman of the Texas Democratic Delegation, a senior whip and chairman of communications for the Blue Dog Coalition.