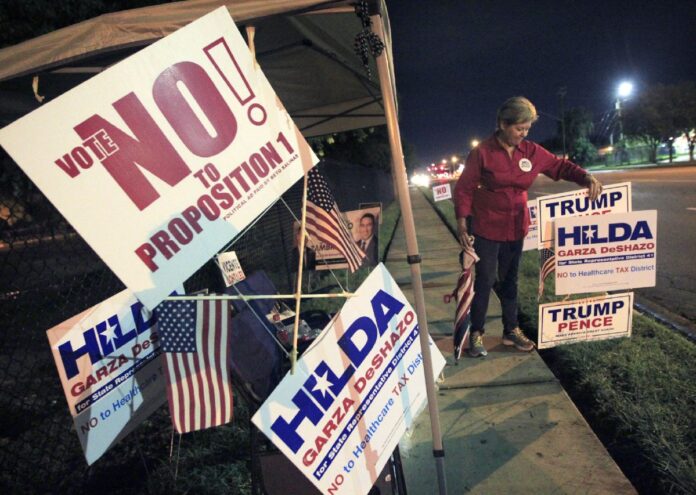 Residents gave a resounding no with about 72 percent of votes against the measure, and 28 percent in favor of it with 246 of 255 precincts reporting just before 11 p.m.

The contentious race sought to create a healthcare district that would have levied an eight-cent ad valorem tax to expand medical access to the uninsured and provide funding for the new medical school.

In Hidalgo County, there are about 250,000 people without insurance, but only a fraction of those qualify for the county’s current indigent care program.

State law mandates Texas counties provide medical care to the poorest of the poor — or those at or below the 21 percent federal poverty line. However, a vast majority of the uninsured do not qualify for aid under the state’s definition of indigent. This group is called the working poor. They make too much money to be considered indigent and too little to purchase insurance through Obamacare.

Proposition 1 aimed to take the responsibility of caring for the indigent from the county’s hands and place it in the auspices of a healthcare district, which would have levied local taxes. Such districts are more commonly known throughout the state as hospital districts.

But after failing to pass, the responsibility to provide medical services to the poorest of the poor will remain with Hidalgo County.

Voters previously struck down a similar measure in 2014, when the creation of a hospital district was placed on the ballot. Prop. 1 failed by a small margin in 2014 in large part because of voter concerns over a 75-cent tax rate cap the then-existing law provided.

After its defeat, local state lawmakers drafted new legislation that placed an initial cap of 25 cents per $100 valuation on the district, and several other taxpayer safeguards in place. Opponents, however, were not satisfied and vowed to defeat the measure once more.

Both sides fired up campaigns and spent hundreds of thousands of dollars pushing their agenda. Proponents, represented through the Healthy Hidalgo County PAC, raised three times more money than the opponents.

Doctors Hospital at Renaissance was the PAC’s biggest supporter. It provided about 90 percent of the funds used to promote the district. Opponents argued the physician-owned hospital invested the most money because shareholders stood to make the most if a district was created.

The hospital’s involvement in the election drove the issue to the court, where opponents argued the county was swaying the election in favor of the district by placing mobile voting sites at various hospitals, businesses and schools connected to supporters. A visiting judge ultimately disagreed and allowed the county to continue using its mobile polling locations as planned. Those sites drew record-breaking numbers for votes cast during the two-week early voting period.