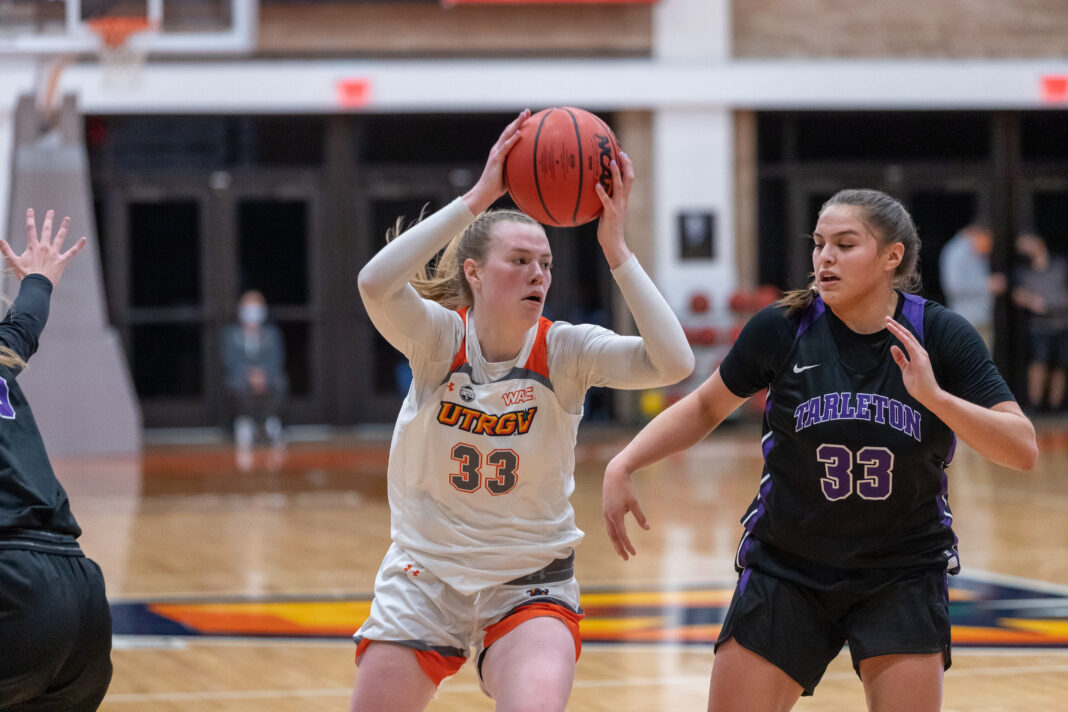 Additionally, UTRGV was picked to finish 10th in both the media and coaches’ polls.

Last season, Bershers averaged 13.9 points, 6.6 rebounds and 2.3 assists in 14 games (14 starts). Bershers ranked second on the team in points, first in rebounds, third in assists, second in three-point field goals made (33) and three-point percentage (.351), while also leading the team in blocks (20).

Bershers raised her play in conference play as she averaged 14.3 points, 7.2 rebounds and 2.3 assists in 10 WAC games while earning All-WAC Honorable Mention.

Bershers reached double-figures in scoring 10 different times last season, while recording a pair of double-doubles. Bershers set a career-high with 25 points against California Baptist, while leading the team in scoring six times.

“I think I’m just going to have to do a better job of leading, trying to put the ball in the hole and trying to get my teammates involved,” Bershers said during WAC Media Day. “I think that’s going to be the most important thing. We have really good chemistry off the floor and I think that’s really going to help on the floor to help us excel.”