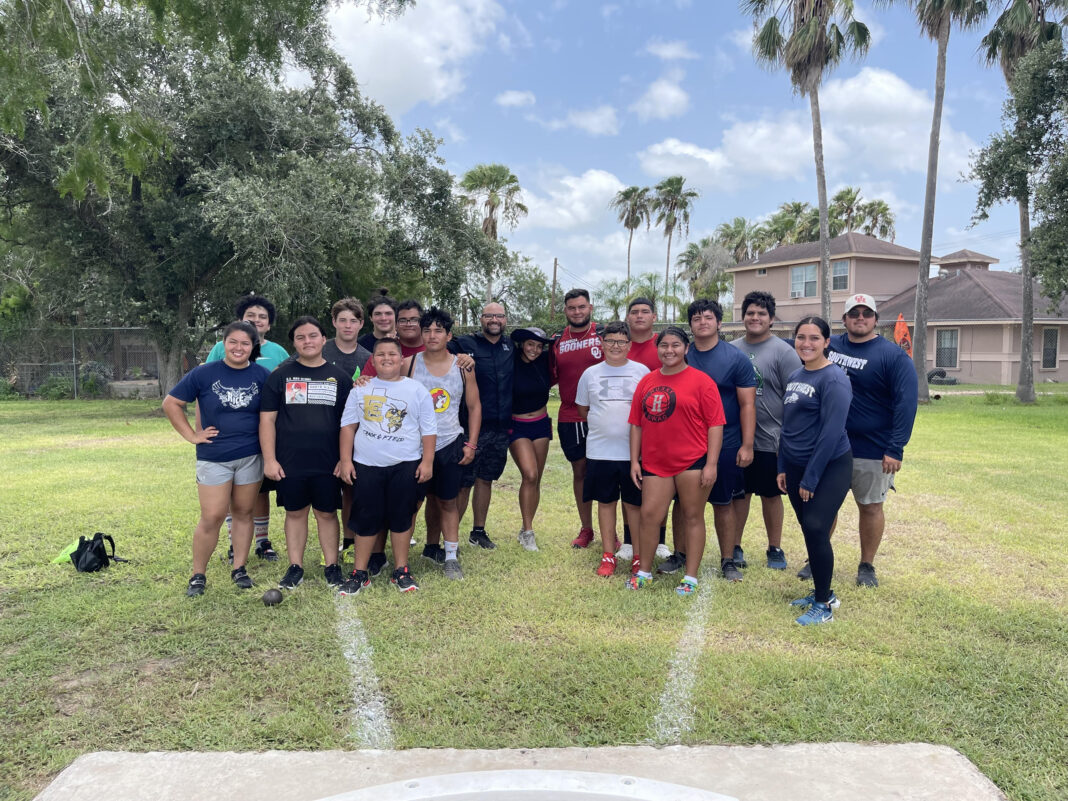 He’s currently preparing for his junior season in Norman, Oklahoma, with the Oklahoma Sooners track and field team.

While Treviño’s focus remains as a student-athlete, he made time to return home earlier this summer to help the next generation of throwers coming out of the Rio Grande Valley by hosting a camp concentrated on discus and shot put.

The recent rule change by the NCAA allowing athletes to profit off their name, image and likeness gave Treviño the idea to host the throwers’ camp.

“As soon as that happened, I jumped on the opportunity and wanted to go back home for a while and host a camp and teach kids some of the stuff I’ve learned and about my experiences,” Treviño said. “Throwing is big in the Valley, and I just wanted to come back and share my perspective on coaching and share whatever I can to help people get better. I want to help athletes in any way possible to succeed. I also want to see the Valley succeed, putting it on the map, I want it to be a big recruiting spot out there.”

“Just being in the conversation with Stephen Saenz and Felipe Valencia, it’s an honor. I’ve known about them since I was in eighth grade, and now seeing myself where they were, it’s a dream come true, honestly,” Treviño said.

The PSJA Southwest product recently wrapped up his sophomore season at OU competing in the shot put and weight throw events. He said he has future plans to host more camps in the RGV.

“The biggest part is just telling kids that if I can do it, they can do it. Of course it takes hard work, but a lot of kids don’t really see themselves getting out of the Valley, and I don’t want them to think that way,” he said. “That was the biggest reason why I wanted to do this, to let them know they have an opportunity to do something bigger and go to college. … There’s a lot of talent down here in the Valley. I’m really looking forward to the next couple years to see where we’re at.”