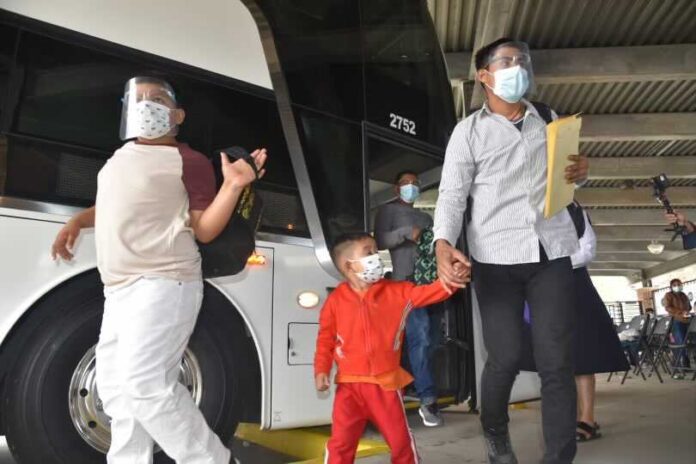 President Biden deserves praise for taking steps to process migrants stranded in Mexico. The migrants want to be here, not in Mexico, and we never should have used another sovereign nation as our dumping ground.

The Biden administration began processing migrants seeking asylum in the United States on a limited basis last week in San Diego and this week in Brownsville and El Paso. The American Immigration Council estimates some 20,000 asylum-seekers remain in Mexico under the Migrant Protection Protocol the Trump administration created in 2018 after announcing that none would be admitted into this country before their immigration cases had been heard. That processing stopped in March 2020 in the name of protecting U.S. citizens from the risk of catching COVID-19 from immigrants.

Biden apparently recognizes the great challenge he faces from the thousands of people already waiting at our border. He asked that people remain in their home countries until the situation improves both here and in those countries. However, new caravans of migrants reportedly are making their way north from Central America, where social conditions haven’t improved, and economic conditions have worsened, since the first major wave of asylum-seekers arrived at Rio Grande Valley border crossings in 2014.

New groups of young migrants already are arriving here, and the administration has reopened a detention center in Carrizon Springs, Texas, to take them. Government officials say the facility is being managed by the Department of Health and Human Services, not Immigration and Customs Enforcement.

However, this further exposes the primary issue that has led to so many problems in our immigrtion system: The number of people seeking entry into our country has long exceeded our ability to process them.

We have long insisted that much of our illegal immigration results from a lack of confidence in the long and unwieldy legal immigration process. Like a person stuck at a red light that isn’t changing who finally decides to run through the light, many immigrants see legal immigration as a costly and futile effort and take their chances that they won’t be caught.

This is where Biden can be effective immediately: He can order a review and improvement of our immigration processing system, and in the meantime work with Congress to allocate the resources necessary to hire more immigration judges and staff in order to reduce the huge backlog of pending cases.

Most importantly, officials need to improve immigrants’ access to legal representation. All too often migrants, including unaccompanied toddlers, are denied any representation, counsel or assistance, even though most of them don’t know their rights, our laws, and in most cases they don’t even know the language the judges are speaking.

That simple step — involving people who know what they’re doing — surely would make the hearing process easier, faster and more fair. And there seem to be plenty of immmigration lawyers eager to provide the service.

“We’re more than capable of surging resources to the border to humanely and fairly process these children without sending them to influx facilities or allow them to languish in (immigration detention) facilities,” Lisa Koop, associate director of legal services at the National Immigration Justice Center, told USA Today this week.

Joe Biden has spent half a century in Washington as a member of Congress, vice president and now president. He should have first-hand knowledge of what policies have been tried, which have worked and which haven’t. He knows that critics will rise up against any action on immigration he chooses, and those who are simply naysayers who don’t offer any options should be ignored. The fate of thousands of people, and our tarnished reputation as a beacon of justice for the world, are in his hands. We trust he is committed to his promise of reform, and strong enough to be bold in that endeavor.