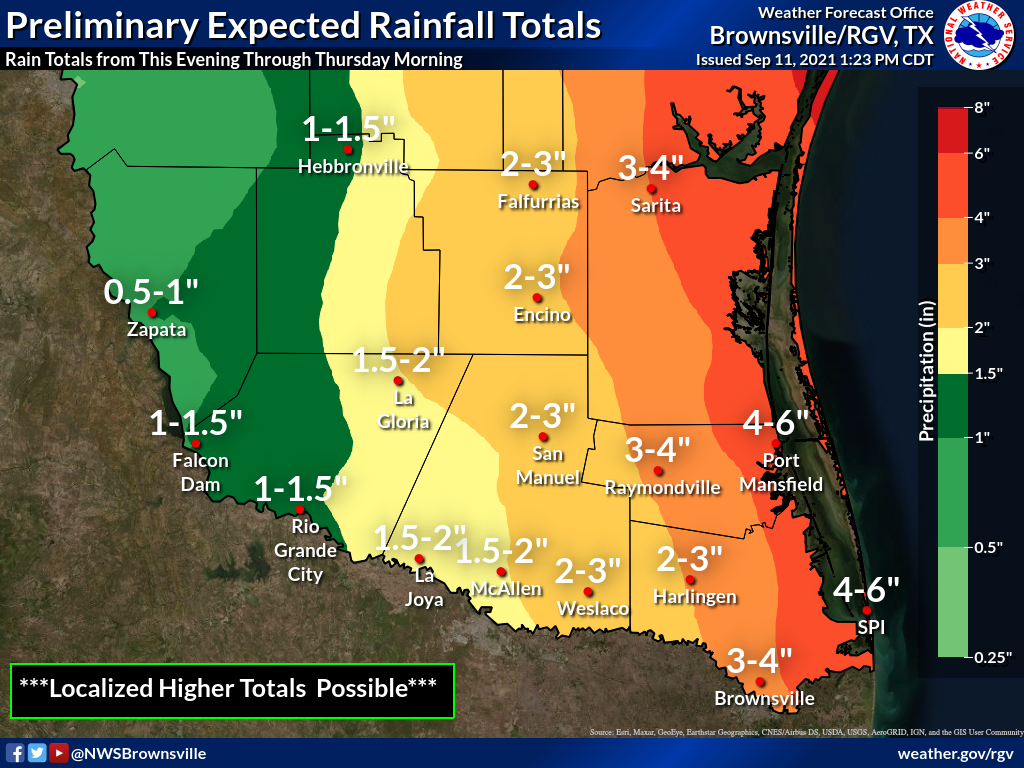 With the potential for a tropical system to develop in the Gulf of Mexico in the next 48 hours, the National Weather Service in Brownsville is urging residents in the Rio Grande Valley to pay close attention to the weather.

The NWS is also urging residents to start taking precautions such as making sure the wiper blades on their windshield wipers are not rotted and removing debris from drainage ditches and canals.

Brian Adams, a meteorologist with the NWS, said there’s the potential for heavy rainfall and minor flooding to occur in the Valley, with the heaviest rainfall likely to be confined to the coastal areas Saturday evening through Monday.

With any tropical development, there will also be an increased risk of rip currents, increased swell, and minor coastal runup at South Padre Island and Boca Chica beaches beginning on Sunday into next week, Adams states.

“Confidence remains above average for the increased chances of showers and thunderstorms with heavy rainfall across Deep South Texas with some uncertainty remaining on exact amounts, location of the heaviest rainfall, as well as tropical development and track,” Adams stated in an email.

>> Rainfall of 4-6″, mainly east of I-69E with locally higher amounts near the coast. Rainfall of 2-4″ expected across the remainder of the more populated Rio Grande Valley;

>> Lack of rain in recent weeks has allowed for oil to accumulate on roadways potentially increasing the risk of losing control of vehicles;

>> Elevated risk of rip currents throughout the weekend and into next week;

>> Elevated swells across the Gulf waters starting this weekend;

Plans and Precautions include:

>> Check brake pads/shoes for wear and replace if needed;

>> Check windshield wipers for dry rot and replace immediately to give a clear view;

>> Remove debris from drainage ditches, cleanouts, and canals to be on the safe side;

>> Plan to delay or postpone outdoor activities. Have an indoor “Plan B” away from locations where water could rise inside;

>> Residents with NOAA weather radios or other apps in the affected area should have them in “alert” in case flood warnings are issued.