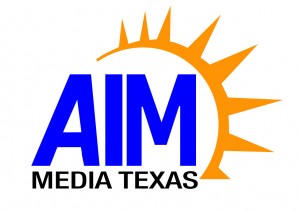 The Monitor newsroom received 11 awards in the 2021 Texas Associated Press Managing Editors contest on Tuesday, winning recognition for their work in 2020 covering breaking news, seeking transparency and holding those in power accountable.

Much of the recognition for all the newspapers was for coverage of the COVID-19 pandemic.

Staff writers Andrew McCulloch and Valerie Gonzalez together with photojournalist Joel Martinez earned the prestigious Star Breaking News Report of the Year award for their coverage of a referee’s assault during an Edinburg high school football game last year.

“At one time, it seemed like everyone had seen the Edinburg High School football player who tackled a referee. It was in newspapers and news stations all across the country. But because of the caliber of work from our journalists, you heard it from The Monitor first, and with the necessary context about all that transpired leading up to the incident and afterward,” Monitor Publisher Stephan Wingert said of the Star Breaking News Report of the Year award. “We take delight in the fact that a local newspaper provided such insight before it went viral, providing a source to go back to and learn the circumstances important to the story.”

Gonzalez, an investigative reporter and data journalist for AIM Media Texas newspapers in the Rio Grande Valley, also took home top honors for her work examining the requests for help that Rio Grande Valley public officials were making at the start of the COVID-19 pandemic.

“(Gonzalez) had an idea early on during the COVID-19 pandemic of 2020,” Monitor Deputy Editor Michael Rodriguez wrote to contest judges earlier this year. “Seeing the initial stages of the coronavirus’ impact on the Valley, she considered whether requests for resources from local governments and hospital systems matched the tone of public officials’ comments to media about managing the crisis.”

So she sought information from the Texas Division of Emergency Management via the Texas Public Information Act and spent weeks poring over the information.

“What she discovered was a narrative that — through the scope of these asks from counties, cities, school districts and hospitals — illustrated the urgency of what the Valley was facing, perhaps better than any news feature or series of stories could have accomplished,” Rodriguez wrote. “Her work acquiring this data — a table of thousands of requests from dozens of cities and several counties and nongovernmental agencies — proved pivotal in illustrating what this South Texas community endured, and what it is still facing.”

For her work on these pandemic requests, Gonzalez was awarded first place in the Freedom of Information category.

For her work on Daughters of Suffrage, Lopez-Puente earned first place in the Feature Series category.

Staff writer Matt Wilson, who primarily covers education and general assignments, won second place in the Star Reporter of the Year category for his work covering the struggles in South Texas to manage the alarming loss of life due to COVID-19.

“As the death toll climbed in the Rio Grande Valley, the horrors turned into questions of space and logistics,” Rodriguez wrote for Wilson’s entry, which included five stories that illustrated the lack of space for the dead. “These stories do not chronicle a valiant struggle or noble defeat. These stories chronicle the horror of watching grief, sorrow, despair and loss being turned into a grim, logistical struggle of a community packaging up death as quickly and efficiently as it could. And Matt Wilson of The Monitor was there, in the thick of it all, to cover it.”

Rodriguez himself took home second place for General Column Writing. Headlined “Keep the faith in the fight against COVID-19,” “Why the Rio Grande Valley will thrive again,” and “Hurricane brings more devastation to virus-ravaged Valley,” Rodriguez’s columns illustrated the toll the pandemic had on the psyche of journalists and residents.

Her video paying tribute to front-line workers, who were selected as the Monitor’s 2020 Citizens of the Year, won second place; and her video that focused on the death of Genoveva Puga, a pioneer for farmworkers’ rights in the Rio Grande Valley, received the honorable mention.

Another focused on the death of Genoveva Puga, a pioneer for farmworkers’ rights in the Rio Grande Valley, and a third served as a tribute to front-line workers, who were selected as the Monitor’s 2020 Citizens of the Year. It’s unclear which two videos the judges awarded.

Nancy Moyer received top honors in the Comment and Criticism category. The Professor Emerita of Art has been an art critic for The Monitor since 2004. Her weekly column, Surface Treatment, appears in the Monday edition.

Her 2020 award-winning entries included critiques of McAllen’s mural art as well as exhibits at South Texas College art galleries, The Weslaco Museum of Local History and Cultural Art, the International Museum of Art & Science and North American Art Gallery. Moyer worked with The Monitor to create online exclusives and featured flashbacks to favorite exhibits during the pandemic.

Staff writer Berenice Garcia earned an honorable mention in the Deadline Writing category for her work covering a five-hour standoff between a barricaded Sullivan City commissioner who was subsequently killed by Mission police in a hail of gunfire.

Photojournalists Delcia Lopez and Joel Martinez also received an honorable mention in the Photojournalism category for their work capturing the scenes at three very different events. One of them focused on the war doctors and nurses in Edinburg waged against COVID-19 in a specialized unit, another caught the sorrow of two families mourning the loss of two McAllen police officers killed in the line of duty, and a third shined a light on the elegance of the pageant at Mission’s Citrus parade.

Five Monitor reporters and a photojournalist also received an honorable mention in the Community Service category for their work on the Spirit of Christmas series, which showcased the struggles of nearly a dozen families in the area who desperately needed help during the holidays. Those mentioned included Francisco E. Jiménez, Wilson, Garcia, Gonzalez, Lopez-Puente and Martinez.

The staff at the Brownsville Herald took home 10 awards.

Photojournalist and photographer Denise Cathey received three accolades. She won first place for her videography work in the category for Video Shorter than Two Minutes and second place as Star Photojournalist of the Year. She also earned an honorable mention in the Photojournalism category.

Former designer Fabiola Munoz won second place for Designer of the Year and received an honorable mention for the Infographics category.

“Congratulations to our respective newsrooms in AIM Media Texas. To earn accolades for four of our newspapers is humbling,” Wingert said. “Like many newsrooms across the country, our reporters and photojournalists worked through the pandemic with grace and commitment, and at times even put themselves at risk to keep the public informed. They were there for us when we needed them, and I’m glad we have institutions such as the Texas Associated Press Managing Editors who are there for journalists to pay tribute to a noble profession.”