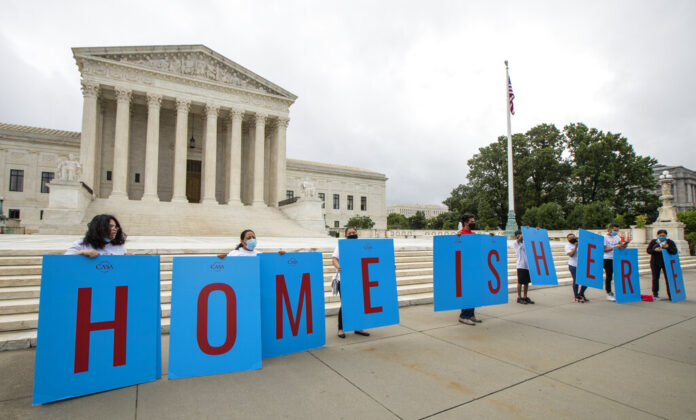 People who are preparing to apply or renew their status for the Deferred Action for Childhood Arrivals, or DACA, may qualify for free assistance from a nonprofit organization.

Immigration Help, an organization that formed at Harvard University, is offering free assistance to fill out and review the forms.

While the organization won’t pay the U.S. Citizenship and Immigration Services filing fee of $495, it will not charge for its services to fill out the form — a process that, if done incorrectly, can have serious consequences.

“A lot of these individuals who are applying for DACA are more than capable of completing these forms on their own, but if you fill out a question incorrectly or if you miss a question by accident, that significantly increases the likelihood of your application being rejected,” Fernando Urbina, director of outreach, said.

There are no requirements to obtain the organization’s help other than being eligible to apply for DACA.

Tuesday marks the ninth anniversary of the program that the Obama administration announced via a memo to allow children brought illegally into the country to live and work in the United States.

The program was temporarily halted in July 2020 during the Trump administration, when the acting secretary of the Department of Homeland Security attempted to order USCIS to reject all pending and future initial requests for DACA.

Pending and future applications for advance parole were also rejected, and DACA recipients were required to renew their status under the program annually rather than every two years.

In December 2020, a federal court directed USCIS to reinstate the DACA application and renewal process.

Though ImmigrationHelp.org opened in 2019, it saw an increase in people seeking its services for DACA after President Joe Biden’s administration was established.

Not everyone may have a favorable outcome, and the organization stops short of providing legal representation.

“We mainly help them complete the forms,” Urbina said. “If, for example, the USCIS responds back that they need further documentation, we’ll work with the individual to make sure that that documentation also gets sent in to the government.”

It can take months to hear back from USCIS. The organization encourages people to file soon. If they’re ineligible for DACA, Urbina said they can refer people to other legal services or organizations.

Services are offered in English and Spanish. Anyone interested in applying can fill out a screener questionnaire through the nonprofit organization’s website on immigrationhelp.org.