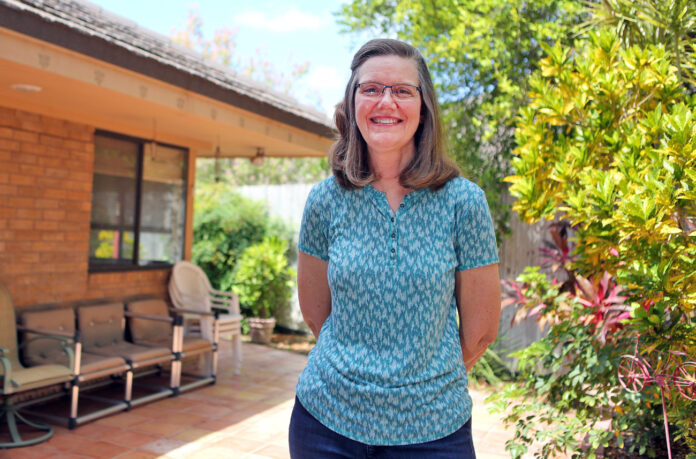 Susan Smith, the Edinburg school district’s retiring audio video production teacher, remembers one student in particular during her 42 years with the district.

Smith, who taught journalism for seven years before switching to audio video production, said she had the student in her first period class, that is whenever he bothered to show up. The poor kid just couldn’t wake up in time.

Not a morning person herself, Smith was sympathetic. One day she had a chat with the kid.

The kid mumbled for a minute, and said he oughta be able to make it in if he was up a little before 7 a.m.

After a day or two, Smith thought, he’d get the hang of it and make it to class on his own. She was wrong.

“I think I called that house for the rest of the year at 6:45,” she said. “I thought those parents were going to kill me, I mean, this is landline time, this was before cell phones … and I mean, they weren’t up either.”

Smith saw the kid’s mom at graduation. The woman was ecstatic, and started introducing her son’s teacher to friends and family.

“If it wasn’t for her, he never would have graduated,” the mother said.

That kid was one of many touched by Susan Smith’s four decades of teaching at the district. Her tutelage has propelled former students to careers in journalism at this publication, the San Antonio Express-News and KRGV. Many of Smith’s students have followed in her footsteps and become teachers or professors. One’s an independent filmmaker and another’s won an Emmy.

“That’s one of the rewarding things, is to see people go off and be successful,” she said.

As a teacher, Smith and her students are responsible for filming Edinburg home football games. She’s not a sports fan, but she’s at every game.

“All of them. There are four schools, there’s a lot of them. Every Thursday, every Friday,” she said. “I jokingly say that I’ve probably been to more games at the Edinburg stadium than any coach at Edinburg has ever been to, because realize, they’re probably only going to one school. So one week they’re there, one week they’re away, and I’m there every week.”

As the audio video production teacher, Smith oversaw the development of the district’s stadium control room. She remembers when it was nothing more than a patch of dirt under the stadium.

“We were out under the bleachers with tens of thousands of dollars worth of video equipment. We were in the dirt at one time and put pizza boxes down and some wood so we’d have something solid,” she said. “When it rained, we would just turn as much stuff off as possible, kids running to turn off the cameras, and then step away, because we were dealing with electricity.”

Eventually, Smith and her students got a concrete slab and some umbrellas to keep food from the bleachers from falling onto the equipment. From there they upgraded to a plywood structure, and eventually to the professional control room that’s now at Flores Stadium, where Smith unobtrusively manages her students, occasionally barking a sharp command or piece of advice.

“If it’s up on the screen, they did it,” she said. “I sit in the background and give them hints.”

When word got out recently that Smith was retiring, some of those students Smith oversaw in that box started sending her messages. Some talked about what her class did for their career. Others said they could appreciate her dedication and devotion to excellence more in retrospect.

“One of the kids who wrote me (said), ‘I didn’t appreciate your honesty and tough love when you watched my productions to start with, but I really appreciate it now as my career is going forward,’” Smith said. “You’ve gotta get used to people saying no. Fix this. Do that. That sort of thing.”

Smith says she’s proud of messages like that, and of her students. She’s proud of what that control booth became and the work she watched her students do in it. She might not say it directly, but Smith is proud of the impact all those extra hours and weekends at work had.

“I just do this because that’s the way I was brought up, my mom was a college teacher,” she said. “You do whatever you need to do so that your students are successful, so I guess that’s why. I mean it’s in my genes, in my blood.”

Smith will officially retire at the end of May.