Health and Human Services Secretary Xavier Becerra visited the Rio Grande Valley this week with U.S. Rep. Vicente Gonzalez to tour a migrant child care facility. Data from the government suggests fewer children are coming into the U.S. without their parents.

Becerra and Gonzalez visited the tent site in Donna set up to process migrant children by HHS. The site was constructed on Apr. 6. to alleviate the overcrowding in the tents operated by Customs and Border Protection.

“I think they had like 500 empty beds,” Gonzalez said of the Donna HHS site on Thursday.

Border Patrol must move children from their custody into HHS custody 72 hours after they detain the child. Due to a lack of HHS beds, the children were backlogged with Border Patrol.

The overcrowding was compounded by an unprecedented increase in children coming into the U.S. without their parents.

Border Patrol hit a peak number of unaccompanied children apprehended in March when about 18,700 were taken into their custody across the southern border, according to CBP data. 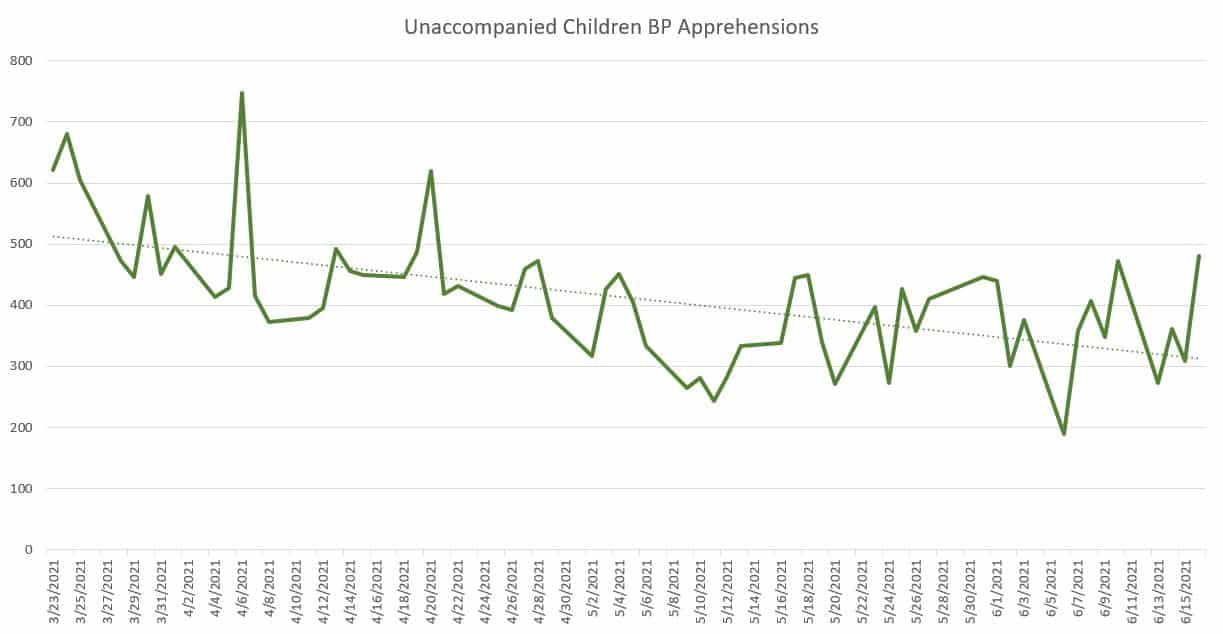 Since then, that number is on a downward trend, according to government data. 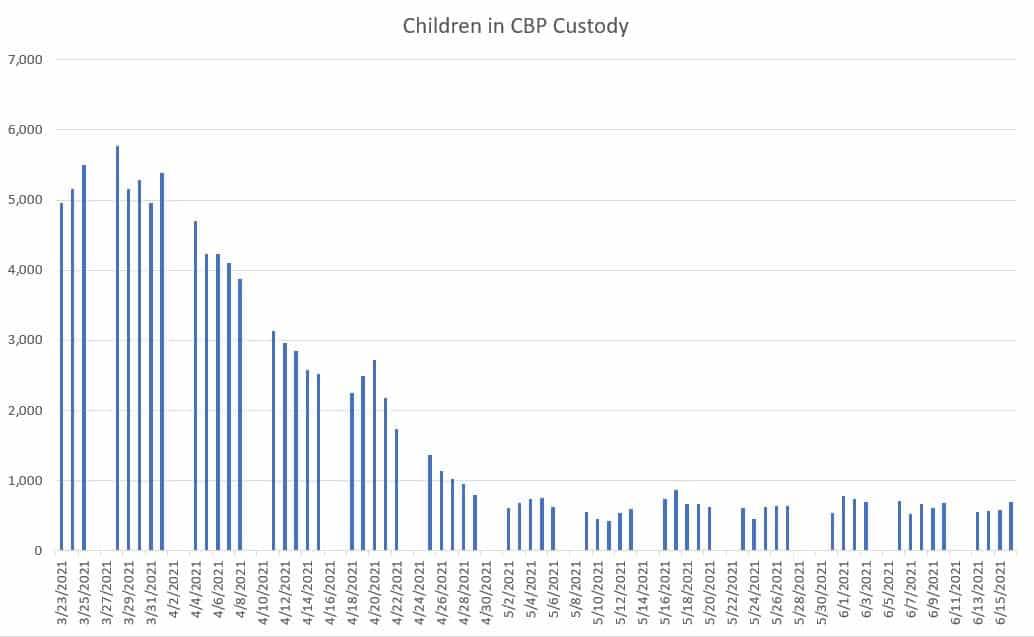 Once HHS is in custody of the child, they work with parents or guardians in the U.S. to whom they can discharge them. Government data indicates the agency is struggling with its discharging rates. 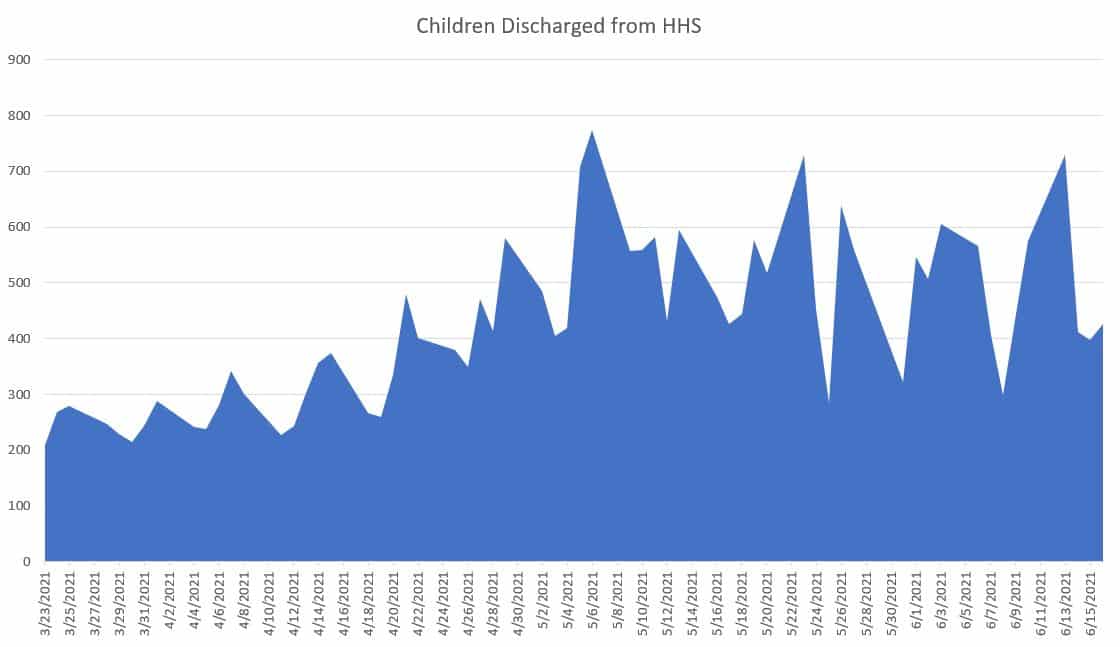 “I think that the administration every day is getting closer to getting this under control,” Gonzalez noted Thursday. “Kids are getting reunited at a much faster rate than they were two to three months ago.”

The federal government’s progress could be affected by Gov. Greg Abbott’s disaster declaration in border counties on May 31 that encourages the state to discontinue state-licensing of any childcare facility sheltering migrant children.

Under Abbott’s direction, the Department of Public Safety requested access to the minors under federal custody in facilities across the state to interview them to screen for human trafficking crimes, though the screening is already a part of federal processing. On Apr. 7, the governor held a press conference in San Antonio where he mentioned anonymous tips of alleged child abuse and neglect at an influx sites set up at the Freeman Expo Center, which started housing up to 500 minors in Mar. 29 by HHS in San Antonio.

“A lot of the facilities are not state-licensed; they’re federally licensed,” Gonzalez said on Thursday. “But even the ones that are state-licensed, I think that it would be inhumane to try to pull their licenses, because what are we going to do with these young children?”

He believes the governor’s declaration will be met with legal challenges as the state moves forward implementing the plan.

After School Summer Camp was a success