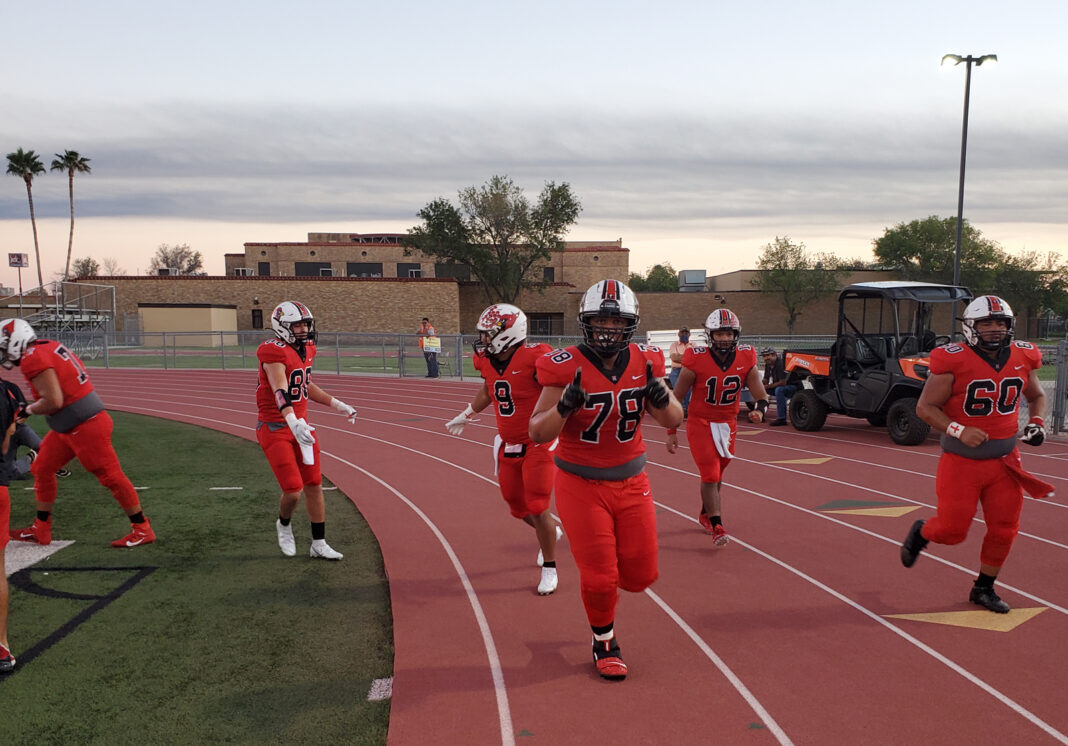 By EDWARD SEVERN | Special to RGVSports.com

HARLINGEN — The Harlingen High Cardinals bounced back after their Bird Bowl defeat last week by beating the Weslaco High Panthers 52-17 on Friday night at Boggus Stadium.

Harlingen High (4-2, 2-1) needed to get back to its winning ways in district and got things started on the ground on its first drive. A couple of good Izaiah Bell runs on its sideline set up a huge Bell run to put the Cardinals up by 7.

A fumble recovery by the Cardinals set them up again with good field position. Harlingen High went back to the run game and scored another touchdown, this time an 11-yard run by Kian Torres, to take a 14-point lead halfway through the first quarter.

The Panthers’ defense tightened up after that early Cardinals attack. A fumble recovery on a bad snap did not generate points, but an interception by Ayden Moralez did. The Panthers (5-1, 3-1) only got a field goal, squandering some good field position.

The Cardinals’ defense really came to play. Their front seven was all over the ball. Nathan Huerta was left unblocked on a play during the second quarter and got to the quarterback, forcing a fumble with 5:00 left in the half.

“I do not know what happened, you know?” Huerta said. “I saw an opportunity and took full advantage of it and made the play. We felt like we had something to prove after last week’s loss. We do not call it a loss, we call it a learning experience, and we proved it tonight.”

The Cardinals took a shot on offense and were rewarded with a 49-yard touchdown reception by Aiden Sandoval. Quarterback Joe Lopez delivered a strike to the receiver, who made a defender miss and wrestled with another for the score.

The Panthers had one of their more productive drives after a big play put them in Cardinals’ territory. The drive was stopped, though, when cornerback Albert Vasquez brilliantly jumped a deep comeback route on the sideline.

“As soon as he broke his hips down I had to make that read, and to be honest I had to come out and do something after that last game,” Vasquez said. “That last game against Harlingen South was pretty bad, we had a lot of mistakes. We practiced really hard and it showed.” 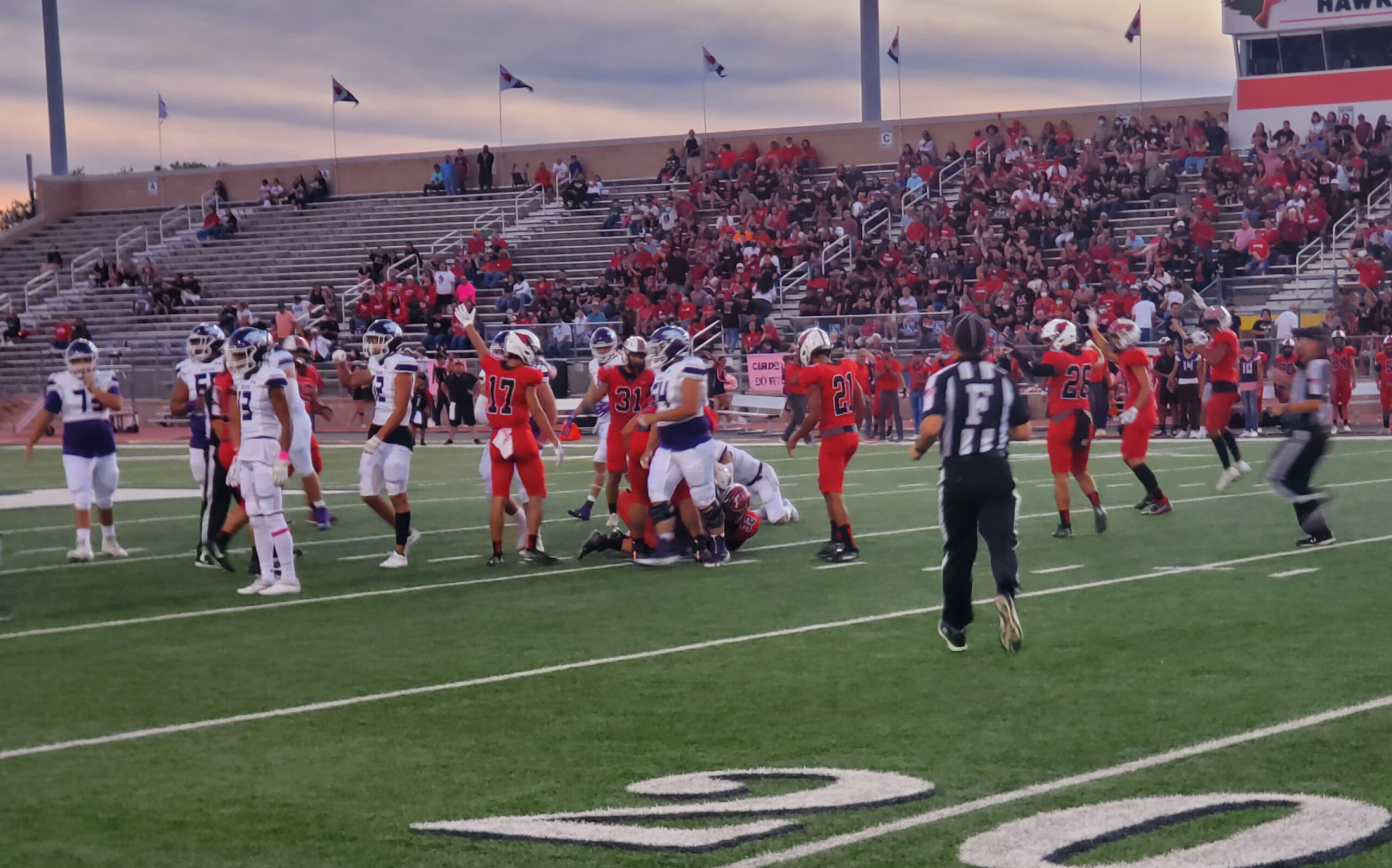 The Cardinals’ offense capitalized on Vasquez’s interception. Good chunk plays were almost undone by Moralez, who almost swiped his second pick of the night. Harlingen High settled for the field goal as time expired, going up 24-3 at the half.

The Panthers received the ball after halftime and were forced to punt after a three-and-out. Bell and Sandoval got going again for the Cardinals, with Bell punching it in from 6 yards out to give Harlingen High a 31-3 lead.

“First off, I have to give it up to the offensive line and my receivers. We plan to run the ball, and we executed correctly,” Bell said about his performance.

Another quick stop by Harlingen High’s defense led to more Bell. This time, the running back took a direct snap out up the middle out of the wildcat formation for 38 yards, cruising in for the score and a 38-3 lead.

“I just watched it play out,” Bell said. “I saw three guys on the outside, and then I saw a hole the line created. I hit the hole, and there was no one left.”

Harlingen High’s defense got the ball back again for its offense after forcing a third straight three-and-out in the quarter. Dominick Capetillo put the game out of reach with a 71-yard touchdown run on a sweep. With good blocking, he found a lane for the score.

A few late touchdowns with the game already decided by both teams padded the scoreline, making it 52-17. The Cardinals will face San Benito next week. The Panthers will play Los Fresnos next week.

“We had our chances early, and we did not take advantage of some good field position from turnovers and we did not come out and play Panther football tonight,” Weslaco High coach Roy Stroman said. “We got a good ole-fashioned butt-whooping, but we are going to learn from this one and focus on Los Fresnos now.”