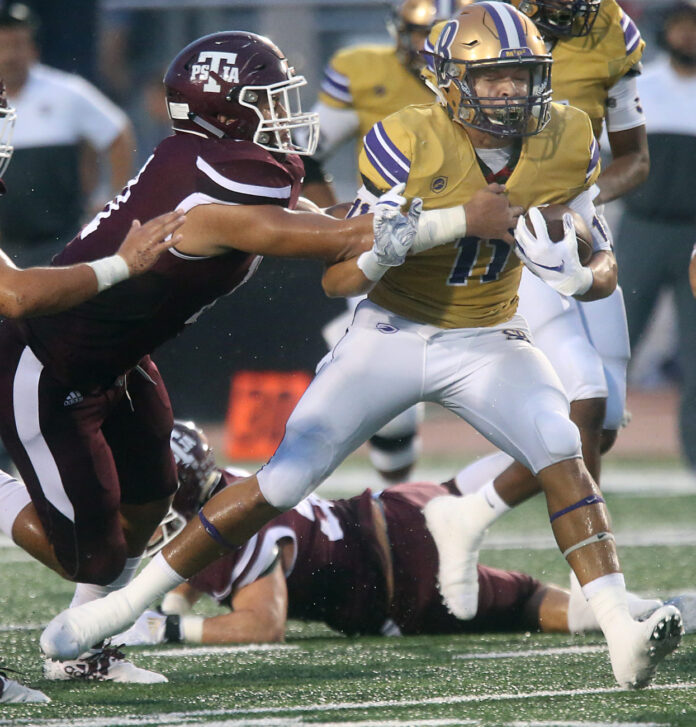 LYFORD — The University Interscholastic League granted Class 6A and 5A athletic programs something very valuable when it pushed back the fall calendar one month: time to make safe and well-thought-out scheduling decisions as the COVID-19 pandemic rages.

While some smaller programs struggle with the notion of losing a month of their season, which the UIL has starting Monday, the 32-6A football coaches are taking their time monitoring the coronavirus situation before finalizing their district schedule.

“We met on Thursday and we had a lot of discussions, but we’re still at a point where we didn’t nail down a schedule yet,” Brownsville Hanna coach Mark Guess said. “We’ve got a couple of plans, and if we’re fortunate enough to be able to play a full seven-game district season, that’s what we’re shooting for. But this situation is so fluid that we can make a plan one day, and then the next day we have to come back and make another one. We’ve been doing that since March.”

Harlingen High coach Manny Gomez said the district could find out Monday what the official decision will be, but the dates being considered as starting points are Sept. 28 or Oct. 5. He said though the coaches are trying hard to salvage a season, their hands are tied by the uncertainty of the virus.

“If (we start) on the 28th, we’ll plan to play all seven district games with no non-district games. If we start on the 5th, we’ll be in two zones and possibly play six games with only three games really meaning something, with one of those extra games being a seeding game,” Gomez said. “It’s definitely in God’s hands, but we still have to be smart with our planning as coaches, as well as (the athletes) being proactive with guidelines on their own time.”

Without a concrete district plan, Harlingen South coach Brian Ricci and San Benito coach Dan Gomez said they don’t have anything finalized in regards to non-district contests and that they hope to have more clarity about their schedules in the coming week.

Guess said that since he and his coaching staff can’t physically teach the game of football right now, the Eagles are using this non-traditional offseason to improve mental awareness.

“What we’ve been doing is trying to get a lot of mental reps for them. We’re showing a lot of film, going over the playbook and having character education lessons,” Guess said. “Really, more than anything, we’re getting them to see the game and really understand what they’re seeing since we can slow it down and take baby steps with them to get their football IQ a lot higher, so when they get on the field, it should slow it down.”

Harlingen High and Harlingen South had two of the longest-running summer strength and conditioning camps in the East Valley. They followed strict guidelines and protocols put together by Harlingen CISD, and just like those workouts were different from anything the student-athletes had experienced before in athletics, Manny Gomez knows this season will be different, too.

“The way we will handle this season will truly be unique and genuine. The reason being is to keep our kids healthy, for one, but for them also to get a chance to play,” Gomez said. “Definitely gonna take a team, community effort to make (a season) happen. Keep the numbers down not just for football’s sake, but for humanity’s sake.”