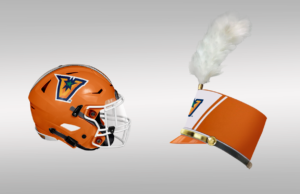 EDINBURG — NCAA Division I football is coming to the Rio Grande Valley.

UTRGV officials announced Thursday that a referendum the UTRGV student body voted on from Monday through Wednesday passed. The referendum will increase the athletic fee for students by $11.25 per credit hour, up to 12 hours.

It also allows “for the expansion or addition of a spirit program on both campuses, a Division I women’s swimming and diving program and marching bands on both campuses.”

“We’ve never had an election for anything with anywhere near that many students voting. At any university it’s very unusual to get 18% of your students voting,” UTRGV President Guy Bailey said. “We are excited to take this important step. Now, nothing is official until the fee increase is approved by the Board of Regents early in 2022. We are very appreciative of the students who voted and let their voices be heard.”

Bailey later said that he didn’t see any issue or reasons for delay in the board approving that increase.

The increased student fees and the revenue it brings will be used to cover a large portion of the expenses. Other areas such as ticket sales, merchandise, sponsorships and donors are expected to cover the remainder of the costs.

“All of this is part of an extensive expansion of our campus life, more generally,” Bailey said. “I think what you’re going to see evolve at UTRGV is as rich a campus life as you’ll find any place like UTSA or UT Austin or any other university. This is a crucial part of that.

“Keeping students in the Valley is exactly what this referendum is about too. To provide a traditional on-campus environment and with opportunities we think will help keep our best units here.”

The fee increase will start in Fall 2022 and affect incoming students and students outside of UTRGV’s Guarantees Tuition and Fees program, the university wrote in a news release.

A 2017 feasibility study regarding college football came back, stating favorable conditions. Bailey, however, said the timing then just wasn’t right. The university needed to have stronger financial footing.

“This is now the right time,” he said. “After all these other areas were taking care of for our students and our financial strength. Our next goals are to create the richest campus life possible. We lose a lot of students going to UTSA and other places. What we are going to be able to offer our students here in the Valley is an unparalleled rich, traditional college experience we think they will be excited about.

“We are committed to student success and to our students graduating with as little debt as possible. As we move forward, we’ve done this at a time where we can preserve exactly what you see, our students graduate with the least amount of debt of any public university in the U.S. We intend for that to continue.

Based on this year’s start date for college football, the projected first kickoff for UTRGV football will be in 1,388 days, on or around Aug. 30, 2025.

“Having Division I football is going to be a game-changer for our institution,” UTRGV Vice President and Director of Athletics Chasse Conque said. “Offering football and swimming will give us something a little special to offer to our campus community and region.

The football and swimming/diving teams will compete in the Western Athletic Conference, along with the school’s 16 other sports, and reportedly play home games at H-E-B Park in Edinburg and Sams Stadium in Brownsville. Both stadiums can seat approximately 10,000 spectators, according to Conque. Playing in the FCS (Football Championship Subdivision), as opposed to the FBS (Football Bowl Subdivision), UTRGV is not required to construct a separate football stadium.

Once the board passes the fee increase, however, one of the many plans that will be executed will include building a practice facility/field and locker rooms.

The Pharr Aquatic Center will be home for the women’s swimming and diving team.

“Having DI football at our institution really secures our future,” Conque said. “What we’ve done in the WAC bodes very well in the future of our programs and then you add these two and the future is very bright. This is an exciting day for our institution.”

South Padre Island to have half marathon weekend event