HARLINGEN — The job of developing millions of dollars worth of projects aimed at charting the city’s course is taking off.

During a two-day session in July, commissioners worked with city leaders to develop the plan guiding the city through 2040, calling for as much as $150 million in water and sewer overhauls along with drainage and street upgrades carrying a price tag of as much as $300 million.

On Friday, Serna and his staff met with Mike Mowery, president of leadership development with the Keller-based consulting firm Strategic Government Resources, to map out the action plan.

“We’re working on establishing the benchmarks to accomplish those goals,” Serna said at the workshop at the city’s Cultural Arts Center. “Every single department head and some assistants are participating. They all bring a level of expertise together to formulate this plan of action.”

For about three weeks, the team plans to work to develop the action plan aimed at tapping grant money to help fund the projects, he said.

During July’s brainstorming sessions, commissioners and city leaders developed the city’s strategic plan aimed at launching water and sewer projects with costs estimated at about $150 million, pointing to funding sources such as the Texas Water Development Board.

Meanwhile, they planned drainage and street upgrades during the next 20 years, with costs as high as $300 million.

“When you’re dealing with infrastructure projects, they take a lot of time to develop and a lot of money,” Serna said. “Having a good plan helps you leverage grants to minimize costs to our citizens. We’re always going to need state and federal assistance. These are steps that need to be taken to secure funding.” 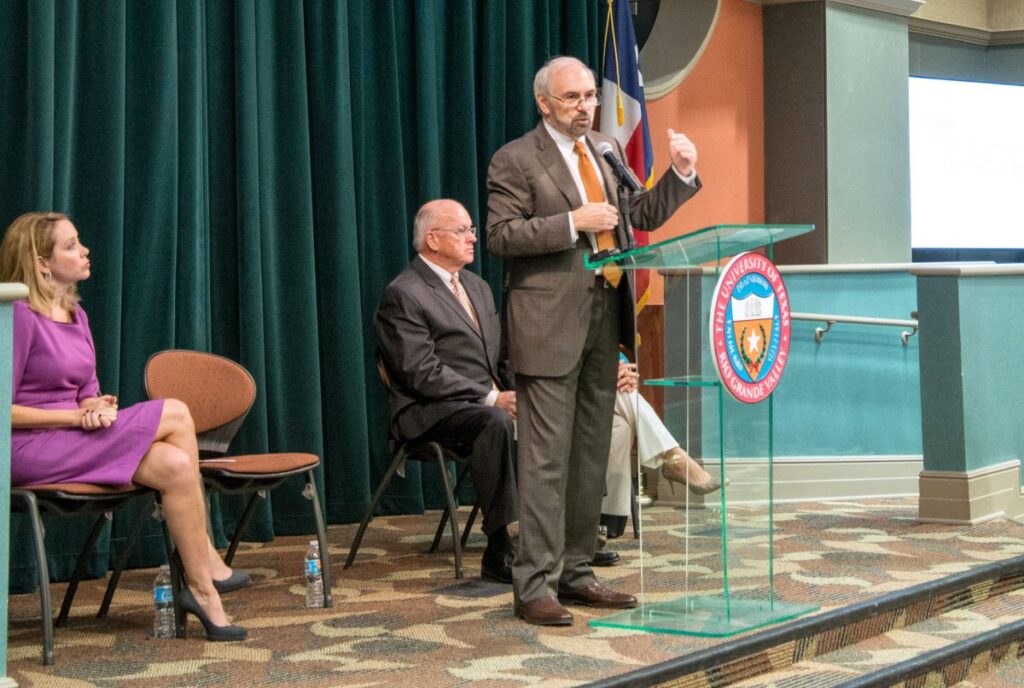 The strategic plan also calls for the development of the city’s health care industry and education, focusing on investing in the health industry expanding around the University of Texas Rio Grande Valley’s School of Medicine and the city’s growing medical complex to spur higher-paying jobs.

To further develop the area, city leaders proposed searching for land on which to expand the complex while turning to the Valley Baptist Legacy Foundation for funding.

Meanwhile, the plan calls for the expansion of manufacturing, including the development of a “cluster” of aerospace companies around United Launch Alliance to manufacture parts to help supply SpaceX as it expands in the Brownsville area.

As part of the plan, city leaders called for the marketing of the city’s aerotropolis, a 450-acre tract set aside to draw international corporations and logistics companies to the U.S.-Mexico border.

The strategic plan includes a push to boost the city’s quality of life through the development of retail businesses and entertainment.

Under the plan, city leaders are calling on the Economic Development Corporation to help market the city at retail conferences while helping search for entertainment venues.

Meanwhile, the plan also calls for the development of parks, including expansion of the Hike and Bike Trail along with trails geared for mountain biking and motor sports.