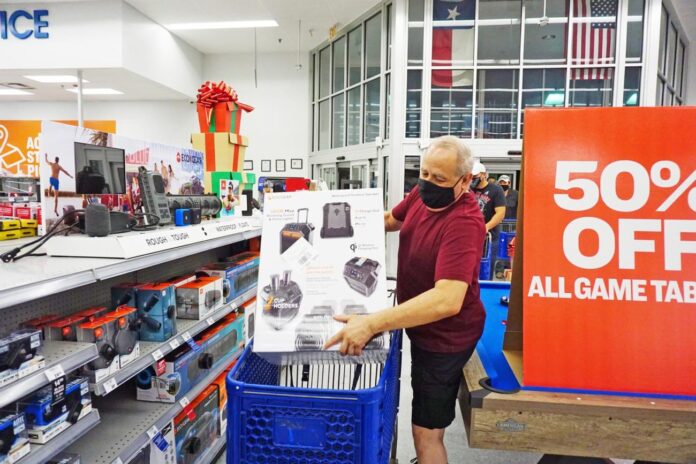 The Texas economy is on the rebound.

One year after COVID-19 shutdowns, lockdowns and related job losses began to take effect, sales tax revenues for sales mostly made during March rose to a record-high monthly total of 31.4 percent over the previous year, the Texas Comptroller’s Office reports.

Comptroller Glenn Hegar attributed the massive increase to a number of factors.

“Part of the growth over last year is from depressed collections that began last April, especially from retail trade, restaurants, entertainment and other hospitality businesses most immediately impacted by the COVID-19 pandemic,” he said.

“Spending this March affecting April tax collections was supported by widespread business re-openings and the lifting of capacity restrictions, greater consumer confidence in going out as the vaccine rollout progressed, federal stimulus checks and spending delayed from February into March due to the winter storm and power outage,” he added.

All sectors producing sales tax revenues were up, with the exception of mining and construction. Leading the way were sales at clothing stores, online retailers, general merchandisers, sporting goods, building materials and home furnishing stores.

Texas collected the following revenue from other major taxes, all of which were up sharply from a year ago: