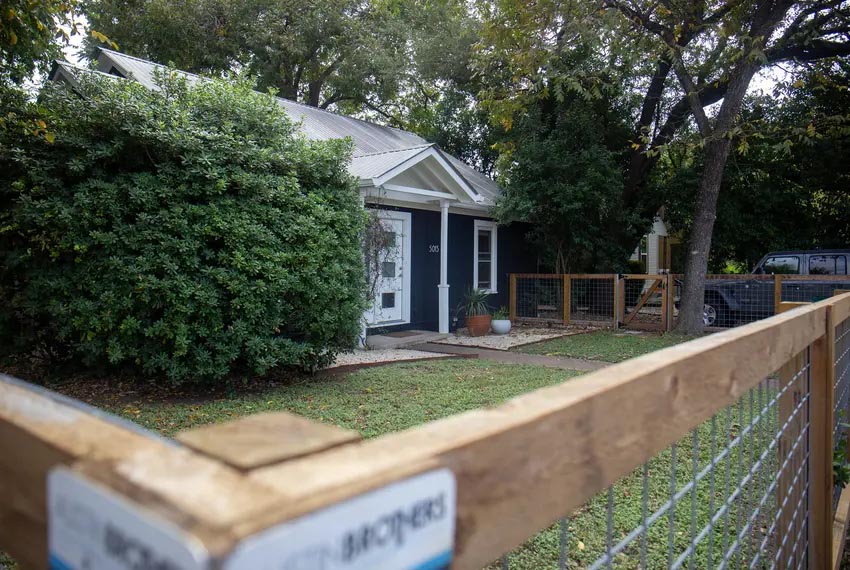 An emergency order from the Texas Supreme Court requiring enforcement of a federal eviction moratorium expired on March 31, while judges statewide have been advised by the Texas Justice Court Training Center that they “can not and should not” enforce the moratorium without the backing of the Supreme Court.

Although the eviction moratorium issued by the Centers for Disease and Control and Prevention (CDC) last March goes through June 30, the lack of support for enforcing it in Texas potentially opens the door to a new wave of evictions in the Rio Grande Valley and across the state.

But an eviction crisis already exists in the Valley and is escalating, according to Come Dream Come Build, formerly the Community Development Corporation of Brownsville, which said court records show that eviction filings in Cameron County have remained high despite the moratorium. In 2019, 473 evictions were filed from March through August.

Over the same five months this year, and despite halted filings during the entire month of April, more than 300 eviction petitions were filed in Cameron County alone, according to CDCB, which said it has seen a “marked increase” in applications for Tenant Based Rental Assistance.

CDCB said more than 2,000 evictions have been filed since September 2018, an average of two a day over the last two years. Since the federal moratorium was imposed a year ago, 551 evictions were filed in Cameron County, according to CDCB. It’s likely that more than 140 of those petitions were successful, based on 96 eviction cases ruled as “default judgments” in the county during the moratorium.

“If a tenant does not appear at their eviction trial, the landlord wins the eviction case by default judgment,” CDCB said. “True evictions likely exceed this number.”

In Hidalgo County, 4,591 evictions were filed since January 2019, averaging more than six evictions per day over the last two years, according to county records obtained by CDCB. Since the CDC moratorium was enacted in March 2020, 1,226 evictions were filed in Hidalgo County, with just 18 percent of those dismissed, according to CDCB. In Cameron and Hidalgo counties, the average household size is 3.5, compared to 2.5 for the national average.

The impact on financial and physical health of individuals, families and cities from the mere threat of eviction is well documented, and especially acute in persistent poverty regions such as the Valley, CDCB said. Just from a health standpoint, evictions spread COVID-19, since they force those who have been evicted to double up with family and/or friends, said the organization.

CDCB recommended several steps before Christmas to address the issue, including extending the CDC moratorium through the end of July (which CDC did) and increasing federal appropriations for Tenant Based Rental Assistance. On the state level, a statewide eviction moratorium should be put in place through the end of July, no eviction filings or removals should be permitted if a tenant has a “documented COVID-19 hardship,” and rent increases should not be allowed as long as the CDC designates COVID-19 a public health emergency, CDCB suggested.

The organization also called for $10 million to be appropriated from the Texas Economic Stabilization Fund (rainy day fund) for Tenant Based Rental Assistance, and for creation of an Individual Investor Relief Fund for small investors who have lost rental income from tenants impacted by the pandemic. On the county level, protection from eviction and notices-to-vacate, and a 60-day grace period for catching up on back rent due to COVID-19, should be extended at least through the end of the year, CDCB said.

Exacerbating the eviction issue is that fact that, contrary to expectations, Brownsville and McAllen are the least affordable of all 26 Texas metropolitan areas, a finding based on the Texas Affordability Index from the Texas A&M Real Estate Center. The index provides evidence that affordability “is not a reality for most homebuyers” in the Valley, mainly because home prices are rising faster than area incomes, CDCB said.

“I think that this is a shame,” he said. “I don’t see the need. Why did they even need to do this? What was the cause? It’s only going to hurt people. I don’t know who it’s helping. Evictions are expensive for landlords to go through.”

In Cameron County alone, $12 million in rent assistance is available, and CDCB has provided $186,000 in such assistance just in the last 10 days, Mitchell-Bennett said.

“We know there are people out there who need it,” he said. “Every day I sign more and more rental assistance checks to landlords. Why not give folks the chance to access this money and stay in their apartment or their home instead of evicting them, because what good is this going to do? Even the Texas Apartment Association is saying, ‘Are you sure about this?’ And they’re a pretty conservative group. It just doesn’t make any sense.”

Mitchell-Bennett urged landlords to contact CDCB or another housing advocacy group in the Valley, or have their renters do so, in order to receive rental assistance until things stabilize, as opposed to moving straight to eviction. He said he doesn’t see how the Supreme Court’s decision benefits landlords.

“I don’t think it helps landlords,” Mitchell-Bennett said. “It might help landlords who don’t want to get any type of assistance. But in our community, the majority of landlords are small mom and pops that own an apartment behind their house. Or they kept their first house and now rent that out. … Not extending the moratorium, it’s not helpful on a health basis. It’s not helpful on an economic basis. It’s just not helpful for anybody.”