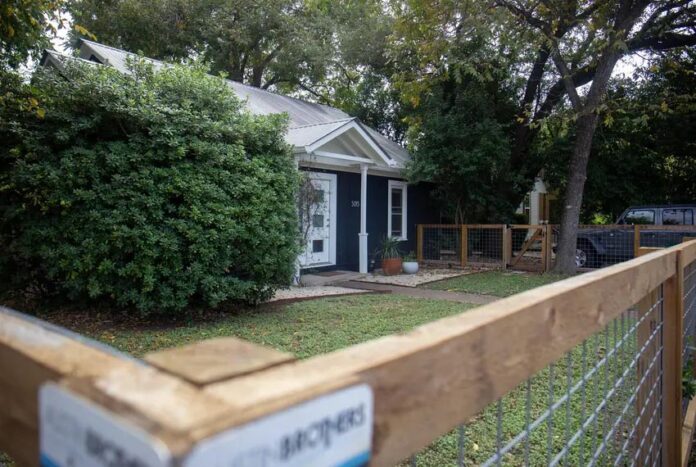 With deadlines for the Centers for Disease Control and Prevention’s eviction moratorium and a Texas Supreme Court emergency order coming up this month, tenants face uncertainty as to what form possible extensions will take.

In addition, a ruling by Judge J. Campbell Barker of the Eastern District of Texas last month has added further confusion with his declaration that the CDC’s eviction moratorium is unconstitutional.

The CDC eviction moratorium temporarily prevents landlords from evicting tenants for nonpayment of rent who fall under the conditions of the moratorium. Tenants still owe rent and landlords can apply late fees, but the moratorium gives some protection to keep some people in their homes to limit the spread of the virus during the COVID-19 pandemic.

The judge’s main argument for his ruling in Terkel v. Centers for Disease Control and Prevention is that the federal government’s ability to regulate commerce under the powers granted to Congress by the commerce clause in the Constitution is not broad enough to put residential evictions under federal oversight. While Barker has not issued a nationwide injunction with his order, he has suggested his willingness to do so if the government does not abide by his ruling.

“I did find some of the opinion a little surprising. The judge talked about, for example, how even during the Great Depression you didn’t have this type of wide-ranging economic intervention by the federal government and that’s simply not true,” said Andrew Smith, a political science lecturer at the University of Texas Rio Grande Valley – Edinburg campus.

“While it is true that initially, The Supreme Court took a very narrow view of, for example, what was valid under Congress’ commerce clause powers; it would be erroneous to say that the federal government didn’t attempt these wide programs and that these widespread programs were not constitutional;” he said.

So what does Barker’s ruling mean for tenants? The answer is, not much at the moment.

“The judge’s ruling does not overturn the CDC eviction moratorium. The opinion does not bind the Texas justice courts and it did not enjoin enforcement of the CDC order. It also did not issue relief extending beyond the handful of plaintiffs in the case. Further, it applies only to the plaintiffs in the case, and the U.S. Department of Justice is appealing the ruling,” said Robert Elder, communications director for Texas RioGrande Legal Aid.

While the CDC moratorium has been upheld in two separate federal court rulings, putting this ruling in the minority, for the moment any effect that this ruling has is dependent on what happens next in the judicial system, leaving any resolution weeks or months off.

The CDC submitted a proposed extension to the Office of Management and Budget on March 18 for regulatory review that is currently pending. At this time it is uncertain as to what duration and if protections will be expanded in this renewal from information available in the entry on the OMB regulatory review site.

Gov. Greg Abbott’s recent executive order lifting the mask mandate and opening Texas 100% when combined with recent lobbying efforts by landlords, apartment owners and housing industry groups to the state serves as a warning to attorney Dana Karni, who heads the Eviction Right to Counsel Project for Lone Star Legal Aid, that the state and the federal government may no longer be working together on future eviction policies.

“Right now it seems that Texas is moving in a very different direction,” said Karni.