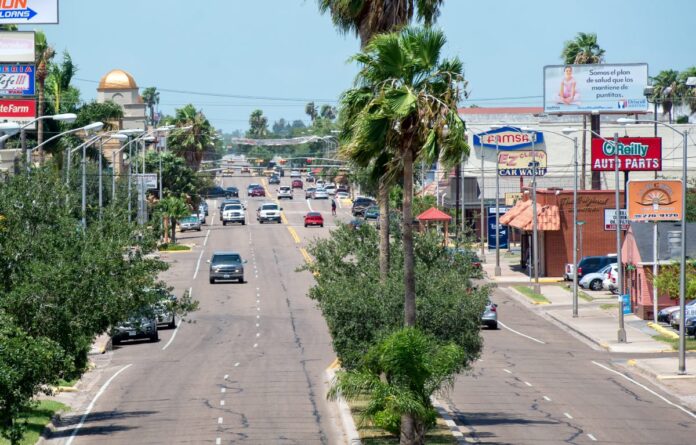 SAN BENITO — Climbing revenues stemming from property reappraisals could lead city commissioners to consider trimming the tax rate while officials might even hold off a water rate hike during the upcoming fiscal year.

At City Hall, officials might shift money to pay for more street repairs as City Manager Manuel De La Rosa closes in on balancing a shortfall in his proposed $13 million general fund budget.

Meanwhile, Garcia also mulled a future cut in the city’s property tax rate of 72 cents per $100 valuation while De La Rosa said he might also shift federal stimulus money to hold off a water rate hike.

During a workshop, De La Rosa told commissioners he’s counting on newly reappraised property to boost tax revenue, allowing him to slash a $1.5 million shortfall to $750,000 in his proposed $13 million general fund budget.

As part of his plan, De La Rosa said $751,669 in unassigned funds could be used to balance the proposed budget.

“We have the unassigned funds, which is kind of what we’ve been using for capital improvements, capital purchases,” he told commissioners during Tuesday night’s workshop.

“I want to scrutinize this a little bit closer the upcoming fiscal year to see if maybe we can cut the residents a break at some point,” Garcia said, referring to a cut tax.

“I’m hoping that by this time next year we’ll be working closer with the numbers,” he said. “The way the trend is going and how the numbers are being put together by the appraisal district and then whatever we can do, I think maybe we can look at reversing that tax rate.”

“I think if it was a worthwhile measure, something meaningful, rather than a token, right, and I think somewhere along we’re going to find that balance,” he said.

After months of bracing for a water rate hike, De La Rosa said he might tap stimulus money to help hold off on boosting rates.

“We may be able to shift those funds again and delay another water rate increase, OK, and that’s a savings to our citizens, right?” he asked commissioners.

In May, commissioners agreed to pay a consulting firm $33,000 to conduct the city’s first water rate study in more than 10 years to determine whether to boost rates to help fund operations.

“We’ve talked a lot about infrastructure. We’ve talked about streets, which is the main priority,” he said, noting the federal stimulus program doesn’t allow that money to fund street projects.

“As I understand, the Rescue funding does not fund streets but it does fund water, sewer, some of the other projects that we are in dire need as well,” Garcia said. “With this allocation for that purpose, (we can) work with our general fund budget, where, as we go along, we can amend our budget to free up some money that we can move around for whatever else we need, including streets.”

“I don’t mind looking back, looking into it as far as going back a little bit,” he said, referring to any future tax cut. “But if it’s going to hinder us — I’m being slammed with the streets right now.”

Across town, weeks of rain are carving more potholes into streets, Guerra said.

“Now we’ve got potholes, so if we can keep (the tax rate) the way it is right now and money comes in, then we can start moving and doing more streets,” he said. “I’d rather do this than cut a break, because if not we’re not going to have enough. We need to focus. Like I said, my idea is lift stations and streets and those are going to be the most important things in the next couple of years also. We need to catch up with the streets. Sewer lines, waterlines, everything, hopefully that’s going to be with the $9 million that’s going to come from the government. Hopefully, that’s going to help us out a lot in some of the subdivisions. But again, streets need to be also up there — give a little bit of relief also to the people with better streets.”

For the third year in a row, officials are projecting a boost in the city’s sales tax collection.