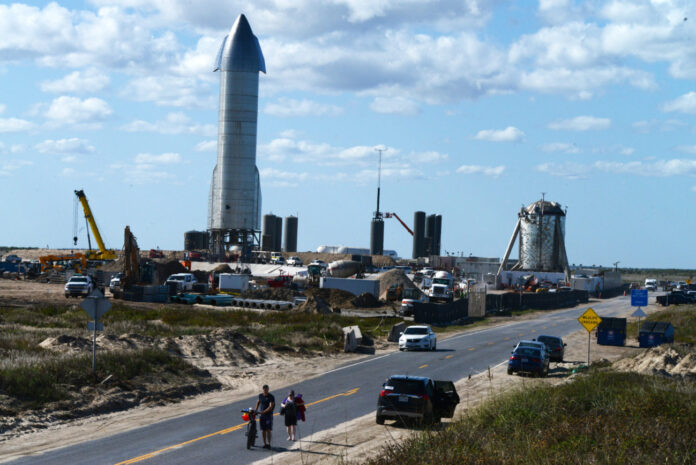 SpaceX scrubbed Tuesday’s planned launch of the SN15 Starship prototype at Boca Chica for reasons unknown as of press time.

Cameron County had ordered the closure of Boca Chica Beach and S.H. 4 near the launch site from noon to 8 p.m. Tuesday, though the closure was rescinded before noon. SpaceX could try again today, with a county-ordered closure of the beach and highway in effect from noon to 8 p.m. The Federal Aviation Administration announced Temporary Flight Restrictions for pilots for the vicinity of Boca Chica today (Wednesday) and tomorrow from 7 a.m. to 8 p.m.

A launch of the SN15 would be the fifth high-altitude flight of a Starship prototype. The most recent flight test was of the SN11, which ended in a fog-obscured, midair explosion before an attempted landing on March 30. SpaceX founder and CEO Elon Musk said the accident was caused by a methane leak. Starship’s three Raptor engines are fueled by liquid methane and liquid oxygen.

Despite otherwise successful flights, to date just one Starship has landed at Boca Chica without exploding. That was the SN10, which made it to the ground OK on March 3, but exploded several minutes afterward, leaping into the air again before crashing in a crumpled heap. Musk later explained that the craft came in too fast on landing due to low engine thrust, crushing the landing legs and part of the skirt housing the engines.

SN15 incorporates “hundreds of design improvements across structures, avionics/software and engine,” Musk tweeted the day of the SN11 explosion. SpaceX is developing Starship at Boca Chica with the intention of using the production version to take humans to the moon and eventually to Mars to establish permanent settlements.

NASA announced last month that it was awarding a $2.9 billion contract to SpaceX for development Starship as the Lunar Landing System that would put U.S. astronauts on the surface of the moon for the first time since 1972. After Blue Origin and Dynetics, the other two companies vying for the contract, protested with the General Accounting Office over how the contract was awarded, however, NASA announced April 30 that the SpaceX contract was suspended until the GAO could formally weigh the protests.