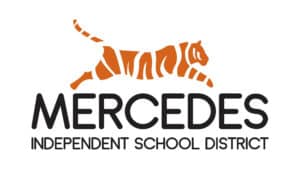 The Mercedes Independent School District parted ways with the security firm the board of trustees hired last month following reports that security posts and crosswalks were unmanned.

The board, which voted to part ways with 2 Zero 5 Protection Monday, is now going back to the drawing board in its search for a security guard service provider.

That decision follows a notice from 2 Zero 5 sent to the district on terminating the contract, a decision its owner said was made because of staffing shortages caused by the district not giving him enough time to ramp up personnel levels.

Parting ways with the company plunges the Mercedes board back into discussions over choosing a security advisor, an ongoing struggle that’s plagued the board for months.

Superintendent Carolyn Mendiola said that the district goes out for requests for proposals on its security contract on an annual basis.

In a split decision at a special meeting Aug. 9, the board voted to contract with 2 Zero 5 over MLG Protection Services, the preferred choice of some trustees and a district committee and the district’s previous security services provider.

Rodolfo Canales, Jr., the district’s safe schools/student services coordinator, strongly endorsed MLG based on the experience of the company’s owner, his company’s current contracts and his communication skills.

“He knows what’s going on in the districts,” Canales said.

Despite that, 2 Zero 5 proved to be the more affordable option.

2 Zero 5 set both regular and overtime rates at $10. Superintendent Carolyn Mendiola said calculations based on those rates showed MLG would be about $25,000 more expensive on a yearly basis.

Some trustees voiced concerns over 2 Zero 5’s ability to meet the district’s security needs during that meeting.

“We have a lot of extracurricular activities that go on that require their services. I don’t want to go to one of these activities and not have security present because they miscalculated or they misunderstood. There lies my concern,” he said, noting MLG had contracts with larger districts than 2 Zero 5.

As the school year began, those concerns proved to be at least in part justified.

Trustees Monday recounted being told about parents and district staff having to help students cross streets in lieu of security guards. The district brought in Mercedes PD officers to help address those shortages.

“We always had security guards missing at our campuses, and that put a strain on our employees and our students and it jeopardized security,” Board President Rachel Treviño said.

However, Baldemar Flores, the owner of 2 Zero 5, said his firm would have been able to meet the district’s needs if he’d been given more time to scale up his workforce. He said that despite discussions over the district’s security contract dragging on for months, he was only given days’ notice to send personnel to Mercedes’ campuses.

“We couldn’t provide all the manpower,” Flores, a former Alton Police Chief and Mission mayoral candidate, said. “So because of that I decided to terminate the contract, it wasn’t them. It was a liability issue that I saw and I said ‘I don’t need this.’”

Flores said local security companies have all had to address employee shortages, and claims three or four of his employees were poached by a rival firm while working at Mercedes ISD.

“It’s not something that I wasn’t willing to do, I just didn’t really have any applicants. I was six staff short to fulfill that contract,” he said.

It’s not clear when the board will revisit security services, but it seems likely that decision could be a difficult one.

Conversations over security and other district contracts have been fraught with often contentious arguments that carried into Monday’s meeting. Board President Treviño and Trustee Oscar Hernandez spent the better part of two minutes shouting over each other Monday.

Editor’s note: This story was updated with new information from the superintendent.