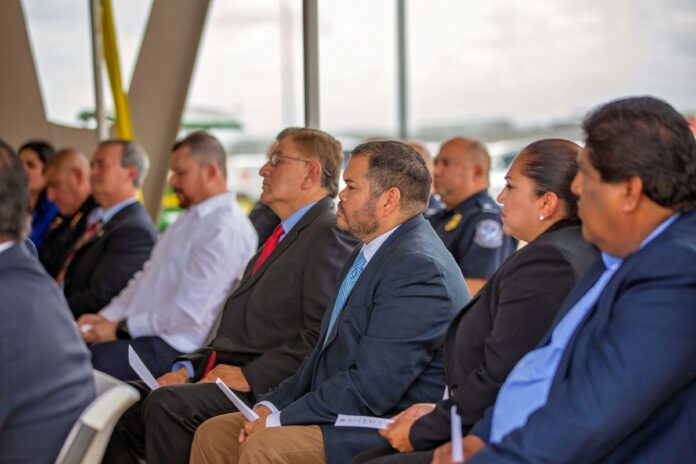 DONNA — Undeterred by opposition from a councilwoman who cannot attend, the city council here continues convening for special meetings where quick decisions are made without much discussion.

Since March 26, the city council has met 21 times for special meetings, most recently this past Tuesday, in addition to nine regularly-held meetings, according to information provided on the city’s website. Whereas regular meetings are held the first and third Tuesdays of the month at 5:30 p.m., special meetings mostly take place during the day.

An attorney with the Hidalgo County public defender’s office, Councilwoman Cathy Alvarado said she cannot attend the noon meetings because of her work schedule. Donna City Hall is an approximately 21-minute drive, without traffic, from the Hidalgo County Courthouse.

“My position is still the same regarding the special meetings,” Alvarado said last week, referring to an interview earlier this year in which she expressed concern about special meetings, which have been frequently called since Mayor Rick Morales and Councilmen Oscar Gonzales and Arturo “Art” Castillo took control of the five-member council, having been elected as a slate late last year.

Alvarado, part of the minority, said despite making “it known several times that it’s difficult” for her to attend, special meetings are still called, during which the majority faction makes personnel decisions, approves ordinances and issues contracts to companies and consultants, among other items.

Donna’s city charter allows either the mayor or two council members to call a special meeting.

Special meetings have become an almost weekly occurrence, but Morales said he has not requested one since earlier this year when he needed accommodations to spend time with his ailing wife, who died in February while hospitalized in San Antonio.

The special meetings he requested were held at 12:30 p.m. so he could travel back and forth, “and for that I’m grateful,” he said.

Gonzalez and Castillo could not be reached by phone and did not reply to an email requesting comment sent to their city accounts.

The mayor, who consistently attends special meetings called by other councilmen, said he doesn’t see “anything wrong with having the meetings at noon” since the city abides by the Texas Open Meetings Act, which requires the agenda be posted 72 hours prior to a meeting.

While the new normal in Donna, special meetings remain a rarity in nearby Mid-Valley cities.

Mercedes commissioners have met four times for special meetings since March 26. The Weslaco City Commission has only held one special meeting in the same time period, holding one Tuesday, July 24 at 6:30 p.m. to discuss emergency drainage infrastructure improvements after heavy rainfall left about 25 percent of the city flooded in June.

Alvarado also takes issue with the fact that working members of the public likely cannot attend Donna’s noon meetings, which is problematic, she said, because “we work for them (the public).”

“I believe that the public has the right to know what we do,” she said.

Alvarado, who often asks questions about city council agenda items when in attendance, said her absence from special meetings impedes transparency since she’s unable to question “why different people were hired, or different positions are created.”

In February, the council approved an updated compensation plan, a policy stipulating city employees’ base pay, and added positions to the city’s payroll — most notably a community development and marketing director for the Donna Economic Development Corporation at $95,000 annually and an emergency and risk manager at $75,500.

The council’s majority faction, along with Councilman Joey Garza, hired City Manager Carlos Yerena during a December special meeting in the wake of that month’s runoff election which shifted power to the current majority.

Yerena could not be reached for comment, and did not reply to questions about special meetings sent to his city email.

When Alvarado is not present, special meetings advance with little to no discussion between the city manager, councilmen and department heads, who, according to her, are no longer required to attend meetings to field questions from council members tasked with setting city policy.

“Everything was a discussion … even if for the mere fact to make the public aware,” Alvarado said of how the previous council, of which she was part of the majority faction, conducted meetings.

And according to her, since the majority shift, council members are no longer always provided an agenda packet by city staff before meetings. Agenda packets detail proposed policy changes for council members prior to their decision-making votes, which have included selecting the city’s engineering firms and approving consultant contracts.

In at least one instance, the city council was given a 127-page agenda packet during a special meeting, according to information obtained from the city under the Texas Public Information Act.

Agenda packets are also no longer available for public access on the city’s website, something the city of Weslaco, and numerous other Valley cities, do. Donna, prior to this year, publicly posted the lengthy agenda packets online.

“I just feel that the way it’s being handled, we’re not being transparent,” Alvarado said.

She will not seek re-election in November, leaving the seat open to an ally of the majority.