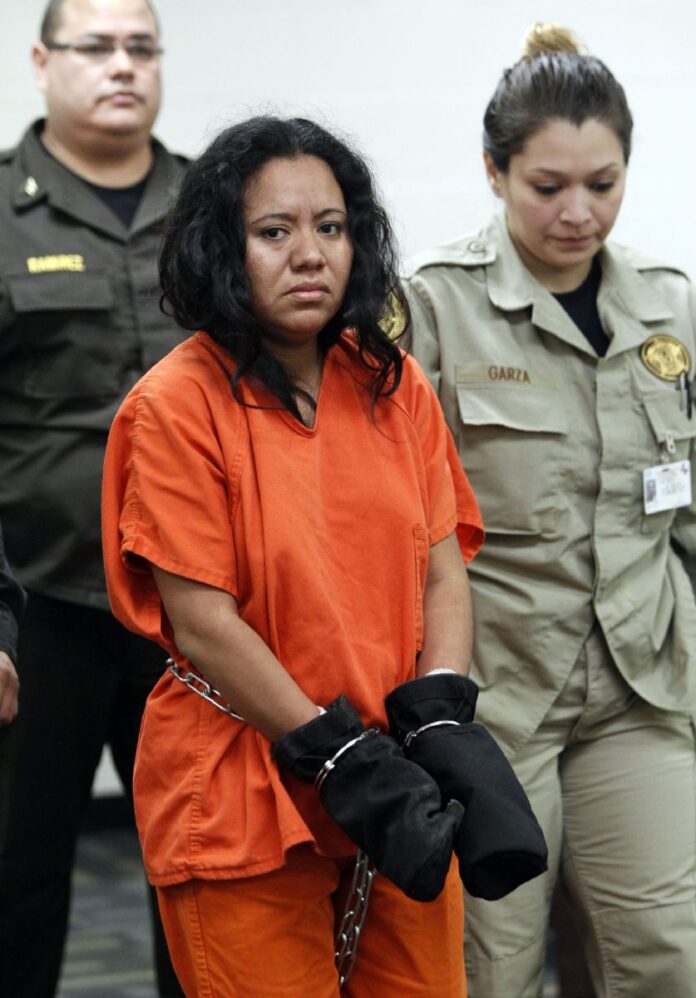 EDINBURG — A mother was charged with capital murder after she admitted to suffocating her 1-month-old daughter Saturday afternoon.

Maria Guadalupe Cardenas, 34, was arraigned Sunday and Justice of the Peace Robert Contreras set her bond at $1 million.

Cardenas called the Hidalgo County Sheriff’s Office shortly before 1:30 p.m. Saturday to report that she had just killed her daughter at their rural Mercedes home, according to a sheriff’s office news release.

During her interview with deputies, Cardenas said she intentionally suffocated the baby.

An autopsy was ordered and the results are pending.

Cardenas has lived in the country illegally for 17 years, said Contreras, who added that her husband, who is a permanent resident, is currently in Mexico on business.