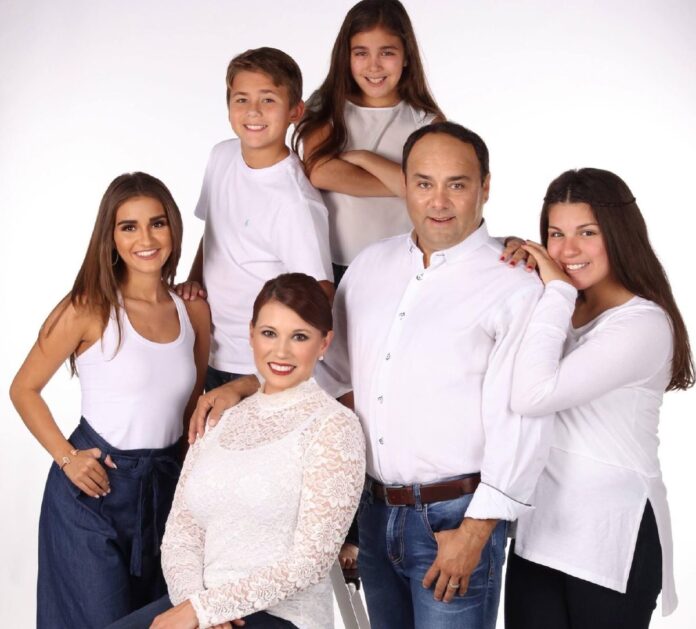 EDINBURG — The transfer of a Hidalgo County commissioner’s wife from one department to another has drawn the ire of the public official’s critics, including a political opponent vying for his seat.

The move, which was approved by commissioners Tuesday morning, does not include a pay raise and appears to be lateral one. The move will not take effect until January. Misti Palacios will reportedly earn the same salary of just over $62,000 per year as an executive assistant IV, the same title she currently holds at the health department.

Guerra said the transfer came as a result of a need to centralize services at the county and the use of existing resources to maximize efficiency.

“So I’m working with what I have internally to not ask for more resources,” he said, adding her work at the health department is similar to the efforts undertaken at the public affairs office. “It falls right in line with the service that the public information (office) has. … She’s part of that team that gets the word out to the constituents with respect to services in the health department.”

But critics argued Tuesday the transfer would ultimately give the commissioner somewhat of an advantage — an argument he vehemently denied.

The commissioner is actively campaigning for his re-election against Edinburg school trustee Ellie Torres, and the public affairs office offers a window, albeit small, into the possible political strategy of his opponent.

It’s common for political opponents and their supporters to request public information that can either help or damage an incumbent. Critics argue that having his wife in the department would give the commissioner a slight edge.

“I think it is a potential conflict of interest,” Torres said. “I don’t know what role she’s playing, but I’m sure she’ll have access or eyes on things that will be coming through there.”

County officials, however, argued the commissioner’s wife would not be privy to information requests. The requests are handled through Public Affairs Director Julia Sullivan and the executive office, Guerra said.

“This individual will not be involved at all in the public information process,” he said.

That same information was relayed by Sullivan, who will be Misti Palacios’ supervisor. The commissioner’s wife will instead help Sullivan compile news releases and other printed publications, such as informational brochures and newsletters.

“She’s a very talented PR (public relations) person,” Sullivan said. “And I could really use the help.”

Commissioner Palacios, who abstained from the vote, declined to comment specifically about his wife’s employment and instead focused on the process of obtaining public information.

“It’s a false impression that there would be any advantage whatsoever when this is a right all taxpayers have,” Palacios said, addressing his critics. “And they’re public requests not private requests.”

During campaign season, it’s not unusual for political allies to file routine requests seeking a list of all requests made to the entity and the information it distributed to other requestors.

“Its open to all and it’s a public process,” he said. “I do believe in open government and I do believe this process is respected no matter who is in the public affairs office.”

Still, Torres believes the transfer could have been handled differently.

“I think that the process is not a good practice because ultimately it can affect the morale of county employees that were interested in the position … or anyone from the community for that matter,” she said. “There may have been someone who was more qualified.”

Torres said she’s already been pointed to information against Palacios, but is focusing on running on her own merits.

“I’m going to focus on what I can offer,” she said. “That’s not to say that people out there aren’t digging. Social media, it is what it is, and when you’re a public official, and you put yourself out there, it comes with the territory. I understand that completely.”

Palacios, however, dismissed any notion that his wife’s transfer was in any way a political maneuver — a sentiment echoed by Guerra, who led the effort.

“This is a regular occurrence — to shift assets to wherever they’re needed,” the commissioner said. “In this case, it wasn’t one request. It was many requests, and I got to entrust that the administrators… will do what’s in the best interest of the county.”

Torres isn’t so sure.

“I just hope things will be done the right way,” Torres said. “That hasn’t always been our experience in public office, you know.”