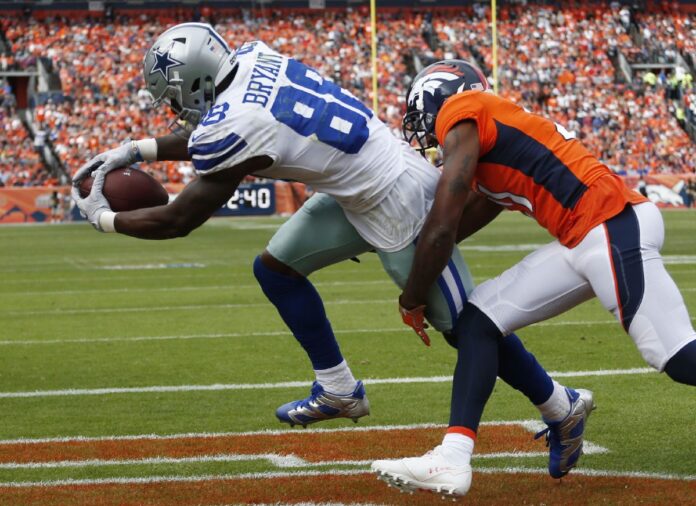 The Cowboys are still shuffling around players, especially those on the practice squad, to create their ideal roster.

One week after his release, safety Jameill Showers was re-signed to the team. Guard Nate Theaker was dropped as a result.

Rookie offensive tackle Jarron Jones from Notre Dame was signed after switching positions and eventually being cut from the New York Giants during training camp.

Offensive lineman Dan Skipper, who was signed as a rookie free agent out of Arkansas in the spring, was let go from the practice squad during final cuts.

Three weeks after being traded to the Cowboys, outside linebacker Jayrone Elliot was also released. He was with the team for two games. Against the Giants, he was active but did not play, and against the Broncos, he was inactive.

Some have speculated that Elliot was released in anticipation of defensive end Damontre Moore’s return, but head coach Jason Garrett said no moves were made simply to make space for Moore.

Moore was out on a two-game suspension due to an arrest that occurred last season while he was with the Seattle Seahawks.