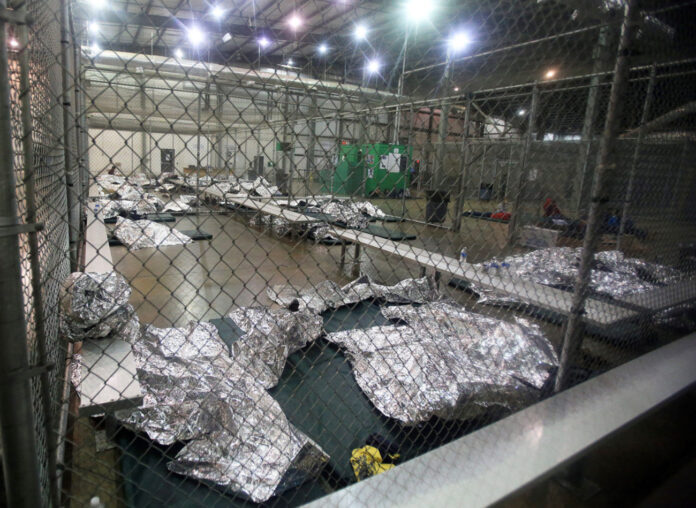 U.S. Customs and Border Protection officials confirmed this week that renovations are slated at the Central Processing Center in McAllen that will “create modern detention areas.”

Though details remain scant, CBP officials confirmed the Rio Grande Valley Central Processing Center, also known as the Ursula detention center, will be undergoing renovations that would “improve operating efficiency” and update the design of the facility.

The more than 77,000-square-foot facility, which currently has space for more than 1,200 detainees, was at the center of a controversial policy in the summer of 2018, when parents and children were being separated at the McAllen facility.

The separations were part of a memo handed down by the former U.S. Attorney General Jeff Sessions, referred to as the “zero tolerance” policy.

That memo obligated CBP to refer all people crossing into the country illegally for criminal prosecution, leading to the separation of hundreds of families, some of whom have yet to be reunited more than two years later.

“The RGV CPC was a former logistics hub and was retrofitted ad-hoc through the years to adapt to its current mission. The new design will allow for updated accommodations which will greatly improve the operating efficiency of the center, as well as the welfare of individuals being processed,” a CBP spokesperson stated.

The facility has been altered in the past to address migration flows.

In late 2013, going into 2014, the facility underwent modifications to accommodate a surge of Central American families and unaccompanied children arriving at the U.S.-Mexico border.

As part of the newly proposed renovations, additional space is being made to accommodate visitors to the facility, like non-governmental organization representatives, and an area for “younger children,” will also be part of the plan at the facility, according to CBP.

Although the facility has held a higher number of detainees in the past — going back to the summer of 2018, when the overcrowding at the facility required additional tents to be installed in other parts of the Rio Grande Valley — the proposed renovations to Ursula will allow for up to 1,100 “persons,” CBP states.

When asked if the facility would be fully operational during the renovation period, CBP did not directly answer but instead said they would use other patrol stations to process people in their custody.

“Individuals are being processed at the other nine patrol stations throughout the sector during the renovation without significant impact on the operational effectiveness of the stations in the Rio Grande Valley,” a CBP spokesperson said.

According to public records, U.S. Department of Homeland Security and CBP have opened solicitation proceedings for two warehouses in the McAllen area for “storage.”

The solicitation states the warehouses will be located within a “5 mile radius” of the Ursula facility in McAllen, and provides specific instructions for what is required for security of the facilities, including that the warehouses “are completely surrounded by a minimum 8’ perimeter security fence.”

According to CBP, the renovations costs are paid via congressional funds.

The renovated Ursula facility is expected to be fully operational by early 2022, CBP said.