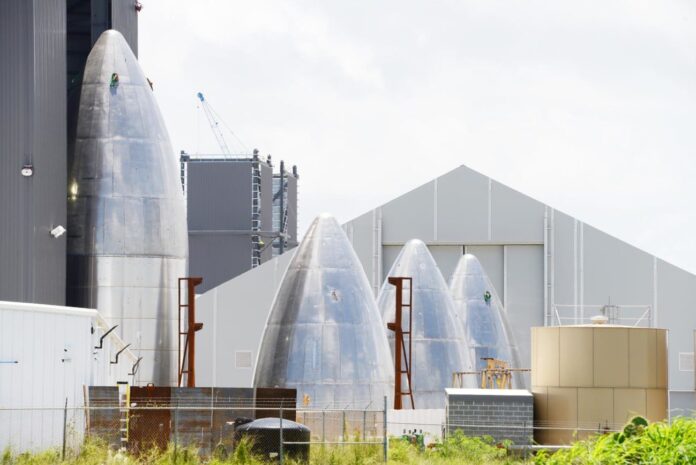 A July 3 letter from several environmental groups to the Federal Aviation Administration requested that a new environmental review of SpaceX’s Boca Chica operations be conducted, because those operations bear little resemblance to what the FAA originally approved for the site.

The FAA responded on July 17 that a new Environmental Assessment (EA) is in fact underway, though Jim Chapman, president of Friends of the Wildlife Corridor and the main drafter of the July 3 letter to the FAA, told The Brownsville Herald that an EA is insufficient considering the magnitude of SpaceX’s impact and that SpaceX should perform the more rigorous Environmental Impact Statement (EIS) instead. Further, it’s not up to SpaceX to decide which type of review to conduct, as the FAA contends, but rather the agency itself, Chapman said.

The Hawthorne, Calif.-based company received permission from the FAA in 2014 for up to 12 commercial rocket a launches a year from Boca Chica, which SpaceX said at the time would be the world’s first commercial spaceport. Instead, the site has become the locus of SpaceX’s ambitious Starship development program. This has involved round-the-clock construction of Starship prototype components, expansion of the company’s build yard and launch/test pad facilities, preparations to build the Starship’s “Super Heavy” booster stage, and frequent closures of Boca Chica Beach and State Highway 4 for testing — well beyond what 12 or fewer launches a year would have called for.

The company’s activities have also involved the kinds of events one would expect where experimental spacecraft development is underway, including disruptive prototype failures and so far one genuine explosion, which occurred on May 29 when Starship prototype SN4 was destroyed on the test stand in a massive fireball.

The July 3 letter to the FAA was signed by Chapman and representatives of the environmental groups Save RGV, Friends of Laguna Atascosa National Wildlife Refuge, Defenders of Wildlife, Frontera Audubon Society, Center for Biological Diversity, and the Lower Rio Grande Valley Sierra Club Group. It urged the FAA to “develop a new or supplemental Environmental Impact Statement for SpaceX’s current and planned actions at their Boca Chica site.”

The letter noted that the company’s activities are “significantly different and greater in scope than the project the FAA authorized in its 2014 Record of Decision (ROD), and these actions are having significantly greater human and environmental impacts.” In its July 17 response, the FAA said SpaceX has proposed operation of the Starship/Super Heavy launch vehicle at Boca Chica, but to do so the company “must obtain an experimental permit or launch license from the FAA Office of Commercial Space Transportation.”

The issuance of such permits or licenses constitutes a “major federal action under the National Environmental Policy Act (NEPA) and requires a new environmental review beyond the 2014 EIS,” according to the FAA. The letter also states that, under NEPA, an applicant can opt for an EA with FAA oversight if the applicant believes the proposed action — Starship/Super Heavy operations in this case — won’t have a significant environmental impact or that the impact can be mitigated.

“However, all applicants run the potential risk that further review may uncover significant impacts that cannot be mitigated,” according to the FAA letter. “In those cases, the FAA must conduct an EIS.”

The FAA said it has invited the U.S. Fish and Wildlife Services, National Park Service and NASA to participate as active cooperating agencies in the EA that SpaceX has already begun. Chapman’s view is that the environmental impact of SpaceX’s modified operations is profound enough that it will probably require an EIS ultimately, which leads him to question the usefulness of an EA.

“We feel that there’s almost no question that there are significant environmental impacts with the new operation,” he said. “The sheer number of tests and the likelihood of … accidents, explosions and so forth.”

Chapman said the pace of Starship prototype construction and testing at Boca Chica is “a pretty amazing thing” but that it’s a far cry from the original plan of 12 or fewer launches a year.

“There are going to be significant impacts, so why waste the time and the effort to go through an EA and then to have to do an EIS because the impacts are significant? Why not do an EIS right off the bat? It just makes sense,” he said.

Chapman wrote back to the FAA in response to the agency’s July 17 letter and argued that it is the FAA, not the applicant, who decides whether to pursue an EA or an EIS. He quoted an FAA policy that states: “Once the FAA determines that NEPA applies to a proposed action, it needs to decide on the appropriate level of review.” The three levels of NEPA review are a Categorical Exclusion, an EA or an EIS, according to the policy.

It’s especially important that the public be involved because access to Boca Chica Beach and Brazos Island State Park is steadily eroding due to SpaceX’s intensive testing schedule, which forces closure of S.H. 4 and the beaches with increasing frequency, he said.

“The public has a very vested interest in how all this plays out,” Chapman said. “And by doing an EA, that allows the FAA and SpaceX to basically ignore the public. In the most basic sense, this is going to affect the public. They need to have a voice. They need to be able to speak their views.”