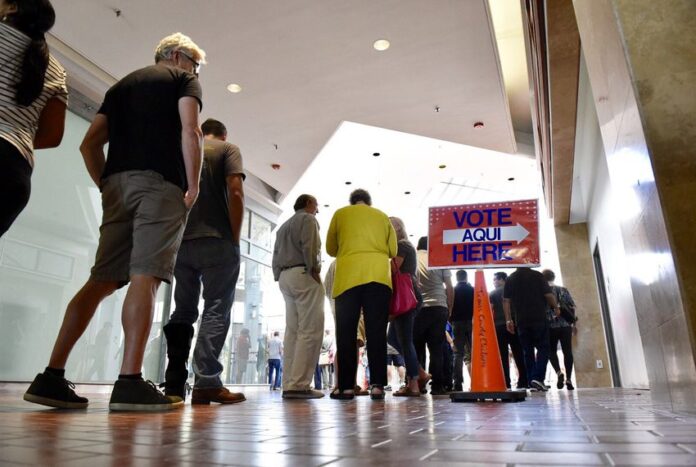 Judges at the Fifth Circuit Court of Appeals stayed a temporary injunction granted against the wishes of Governor Greg Abbott, Secretary of State Ruth Hughs, and Attorney General Ken Paxton by U.S. District Judge Fred Biery of San Antonio in May.

Texas’ primary runoff elections are scheduled for July 14. The Fifth Circuit ultimately determined that the district court had erred in issuing the injunction so close to the election date and stayed the injunction until the appeal is determined.

The stay means that temporarily, Texans cannot legally use the disability category to vote by mail. The lawsuit filed by the Texas Democratic Party and several Texas voters who want to access mail-in ballots also alleges age discrimination on the part of the state’s election code.

Currently in Texas, voters eligible for mail-in ballots must by 65 years or older, sick or disabled, away from the county on election day and during early voting, or are confined in jail but are eligible to vote.

Last month, Paxton’s office publicly reprimanded a set of Democratic-leaning counties for allegedly encouraging voters worried about exposure to the virus to utilize the disability category receive a vote-by-mail ballot.

Cameron County was specifically named in the petition for a writ of mandamus, but election officials who process vote by mail applications say they’re not legally able to question a voter’s disability status on applications.

The Texas Supreme Court ruled that a lack of immunity to COVID doesn’t qualify someone to cast a ballot by mail, but declined to issue Paxton’s requested writ of mandamus, calling it “unwarranted”.

In its opinion on Thursday, the Fifth Circuit concluded that Paxton’s public statements disagreeing with the lower courts and “accordingly informing election officials likely constituted voter intimidation and an unconstitutional restriction of the plaintiffs’ political speech.”

In a statement emailed to reporters, Paxton called the lower court’s decision “erroneous” and claimed that universal mail-in ballots are “particularly vulnerable to fraud”. Paxton also stated restricting access to mail-in ballots would “only lead to greater election fraud and disenfranchise lawful voters”.