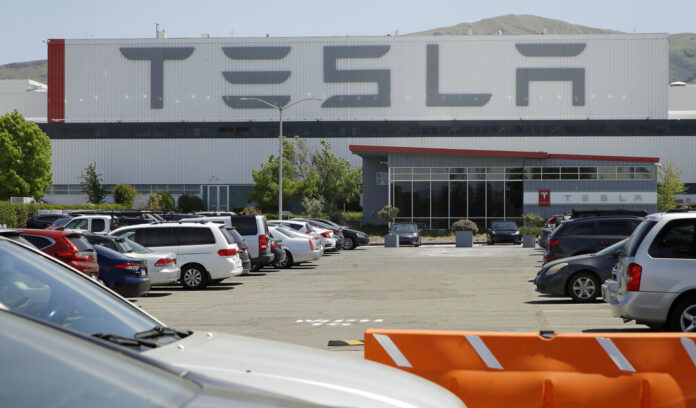 EDINBURG — Hidalgo County Judge Richard Cortez has written a letter to Tesla co-founder, CEO and Product Architect Elon Musk following his threat to pull his company’s factory and headquarters out of Fremont, California.

On Saturday, Musk expressed his displeasure with the Alameda County Health Department on Twitter.

“ Frankly, this is the final straw,” Musk tweeted. “Tesla will now move its HQ and future programs to Texas/Nevada immediately.”

In the letter addressed to Musk, Cortez stated that Hidalgo County is available to immediately accommodate Tesla Motors.

“ We have a motivated, pro-business governor,” Cortez stated in the letter. “We have a hard-working and comparatively young labor force that could easily be trained to begin manufacturing operations for Tesla Motors in our locale.”

Musk responded just after 1 p.m. Monday in a tweet, saying: “Note is much appreciated.”

The letter, which was sent on Monday, is the county’s first attempt to reach Musk.

“ The notion is that if indeed Elon Musk is serious about relocating to Texas, we believe that there is no better place than Hidalgo County, really because of the infrastructure that already exists as it relates to Monterrey and its automobile industry and the set-up that we have with our maquiladoras — many of whom are already making autoparts,” county spokesman Carlos Sanchez said.

Cortez also referred to Musk’s familiarity with the Rio Grande Valley given the SpaceX launch site at Boca Chica Beach in Cameron County. Musk is the founder, CEO and CTO of SpaceX.

Musk filed a lawsuit in federal court, in which he accused the Alameda County Health Department in California of overstepping federal and state coronavirus restrictions when it stopped Tesla from restarting production at its factory.

Tesla was forced to close its plant on March 23 following an order in the six-county San Francisco Bay Area to prevent the spread of COVID-19. The order was then extended until the end of May.

“ What we no longer have is a shelter at home mandate,” Cortez stated in the letter to Musk. “All that is necessary is for you to pick out a location on which to build your manufacturing plants, something that I am happy to help you choose. I invite you to visit Hidalgo County and discover the possibilities.”

The letter was also shared on Twitter. Sanchez said that if Musk is serious about his intentions, then the county will reach out to him directly.

“ I don’t know that the county is reaching out with a level of confidence,” Sanchez said. “The county is just making Elon Musk aware that, again, if he indeed is serious about his decision to relocate to Texas, that there is a ready-made location in Texas that could allow him to move very quickly a major operation.”

The Mission Economic Development Corporation also got in on the recruiting and penned its own letter to Musk.

“ We’ve heard through the grapevine that you are dealing with a stressful situation on the West Coast,” the letter stated. “If there’s one thing we know in Mission, Texas, it’s how to pivot when times are tough. With that said, have you considered Mission, Texas for your new home?”

The letter, which was signed by Mission EDC CEO Daniel Silva, was posted on the EDC’s Instagram account just after 5 p.m. Monday.

“ The city of Mission is part of a bustling metropolis in Hidalgo County, with plenty of room to grow,” the letter goes on to state. “We are making strides in technology with our CEED building, and continue to bring down new, exciting businesses that have the power to change the landscape of South Texas.”

Musk has yet to respond to the EDC’s letter as of press time.