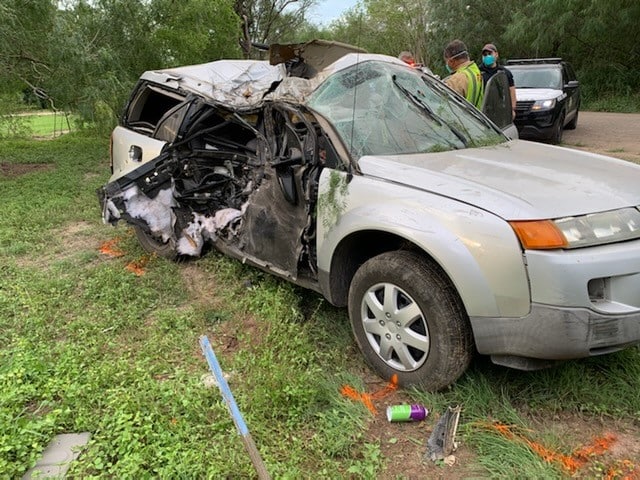 A 27-year-old Weslaco man pleaded not guilty Thursday to allegations he caused a crash last September which lead to the death of his 24-year-old passenger.

He’s accused of driving at an unsafe speed and crashing into a tree while having prohibited substances in his vehicle, causing the death of Weslaco resident Alex De La Rosa.

The crash happened on Sept. 16. Tamez was in the hospital until being booked into the Hidalgo County Adult Detention Center on Sept. 19.

A probable cause affidavit for his arrest says a Texas Department of Public Safety investigator found six cans of “compress gas duster” and two pills of Alprazolam, the generic form of Xanax.

The crash happened on Midway Road, south of Mile 5 North Road in Weslaco at about 6:25 p.m. that day.

“Upon further investigation, I determined that Mr. Tamez was traveling north on Midway Rd at an unsafe speed due to road conditions. Mr. Tamez lost control of the vehicle which caused him to travel in a passenger skid in a northwest direction of the roadway and struck a tree with passenger side panel,” the investigator says in the affidavit.