Some South Padre Island business owners are puzzling over an Aug. 23 visit by a clipboard-wielding individual claiming to be conducting a survey of their buildings to determine whether their windows are hurricane-rated.

In some cases the person or persons offered no further information, though in other cases volunteered that they were doing the survey for an anonymous insurance company on behalf of SpaceX. The visits generated a substantial amount of buzz on the South Padre Island Concierge Facebook Group page after Cafe Karma owner Will Everett posted this:

“Today a guy was standing in front of our business taking pictures of the windows. When we asked what he wanted, he said he was from SpaceX and was checking area businesses to see if their windows were hurricane proof (i.e. would they withstand a big rocket launch). Anyone else have a visit from this guy? Talk about ominous.”

SpaceX is preparing its first orbital launch of a Starship prototype, this time attached to a Super Heavy booster, currently fitted with 29 Raptor engines at the company’s Boca Chica launch site. One Raptor engine is capable of producing 230 metric tons-force. One metric ton-force is equivalent to the weight of one metric ton.

So far, SpaceX’s test flights at Boca Chica have involved craft fitted with no more than three Raptor engines, and those tests reportedly rattled windows on the Island, the southernmost tip of which is about five miles from the launch site. It’s hard to estimate the effect of igniting 29 Raptors simultaneously, if that is in fact the plan, on the Island and nearby communities — much less their non-hurricane-rated windows — if and when the Starship-Super Heavy combo eventually launches.

Speaking by phone Tuesday, Everett said he wasn’t at his shop, located on the north side of town, at the time when the man with clipboard came around, though his partner was, and no one saw any credentials.

“That’s really all I know,” Everett said. “He took pictures. He’s going to different businesses that have a lot of windows. I don’t know. It’s like they’re getting ready for something. … We don’t want to make a big deal out of it. We’re not angry. It’s just, like, curious.”

Julie Boughter, who runs Chapel by the Sea with her husband, Chaplain David Boughter, said she too was visited by a man in his early to mid-20s with a clipboard and wearing a white polo shirt.

“I walked out to the courtyard because I saw him looking really closely at the windows,” she said. “The first impression I got was someone was trying to see what was inside.”

Boughter said she stepped out into the courtyard to ask if he needed help.

“He said I’m just doing a window survey if that’s OK,” she said. “He said I won’t bother you and I won’t be in your way. The weird thing is our home is attached to the church. I don’t think he realized that. After he did the church windows he literally was like peering in our house. Because he was going around the sides looking in all the windows. And I’m sure he just thought it was the church, but it’s still our home. Like, he’s peering in our bedroom window. It was really strange.” 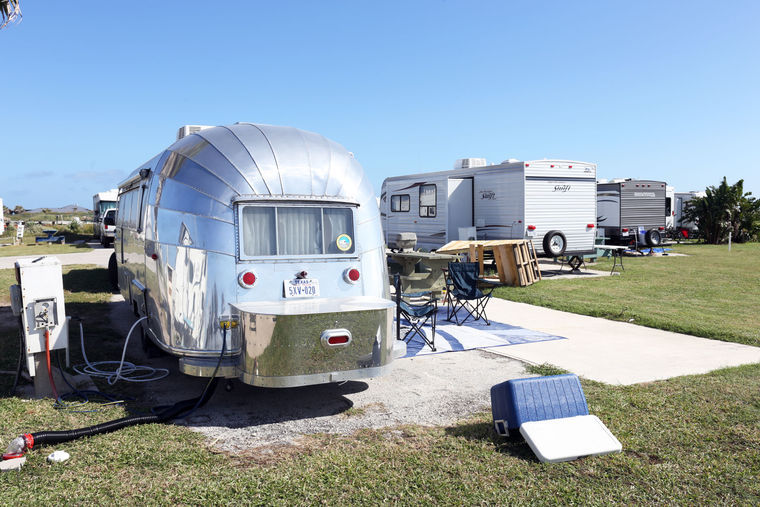 Boughter speculated that Chapel by the Sea was the first property surveyed that day since it’s closest to Isla Blanca Park on the Island’s southern tip and so nearest to the launch site.

“We’re the closest business technically other than the Coast Guard, to SpaceX, so maybe he learned by the time he got all the way down to Cafe Karma to identify himself,” she said. “He did not say he was with SpaceX. He did not say anything except for I’m doing a window survey and I won’t bother you.”

A dispatcher who answered the phone at the South Padre Island Police Department said it had received no calls about a window surveyor or surveyors. Some Facebook posters reported a young woman with a clipboard as well. SpaceX’s media relations office did not respond to a request for comment.

“I’m not sure if our glass is hurricane proof or not,” Boughter said. “We just moved into this house in June.”