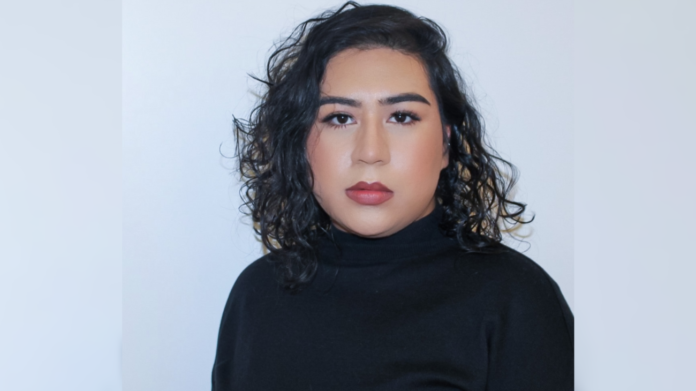 Sitting in the living room of her house, McAllen native Joann González was trying to decide what story she wanted to tell in a documentary assignment for her summer filmmaking workshop.

The only requirement was to make a short documentary about the COVID-19 pandemic, and the then-University of Texas Rio Grande Valley film student wanted to produce a meaningful piece that depicted the loneliness of living in quarantine.

Then it struck her that the subject she wanted to spotlight in her film was not about a person or an event, it was something that was surrounding her, surrounding the house she’s spent most the last several months in. She’s spent much of her time in quarantine looking at it — or rather, through it.

Windows, she said, are “the perfect symbol of living during COVID-19 because it’s a barrier of protection, but is also a portal to see the outside.”

González’s 11-minute film, “A Series of Windows” brings to focus the struggles of isolation. Each shot of her documentary was shot through a window, and that unique lens led the film to being selected to show at the prestigious 40th annual International VGIK Student Festival in Moscow in October. The festival received more than 345 applications from 140 film schools from across the world.

“I wanted the audience to feel like they were the ones standing behind the windows, I wanted them to take on the point of view of the person who is watching,” said González, who graduated last week with a bachelors in theatre and film.

“What I also like about windows is that sometimes images get distorted, and that is what a lot of us are starting to feel like during COVID. Everything is starting to feel hazy and confusing.”

Though González has worked on several other productions for other class assignments, “A Series of Windows” was the first film she produced on her own — it was the first time she wrote, directed, shot and edited a piece by herself.

Throughout the documentary, González narrates a poem she wrote while sitting in her living room, which would soon become the set where several shots of the film were taken. The film also lets viewers see through her bedroom’s windows, her kitchen window and a car window, driving around the city.

The first scene with a person shows González’s 89-year-old grandpa, Brijido Palacios, who has been in a local nursing home since the beginning of the year. For the first couple of months of his stay there, González said her family would visit him daily, but since the pandemic reached the Valley, they have only been allowed to wave and blow kisses through a window.

“I remember when they told us ‘No, you can only see him through a window,’” she said. “That was really hard for me to hear, and it was my inspiration for the film.”

Though the documentary focuses on the hardship of quarantining during COVID-19, González said windows are also symbols of opportunities.

“I wrote about the feelings of isolation and how it could really sink in you, especially when you feel like you have been doing a routine for so long,” she said. “But at the same time, you have to think about how you’re not in a bad place because your family is safe, you’re safe, and it’s the right thing to do.”

González’s film can be watched through https://www.youtube.com/watch?v=3Vjyz7Lyo2A.

The young filmmaker is already working on her next documentary, “A Valley Queen” which will follow the life of the LGBTQ+ and drag community in the region.

González’s advice for other student filmmakers is “to always remain authentic and you will find success in whatever circumstances you find yourself in.”